Nadine Labaki: The Rise of a Visionary 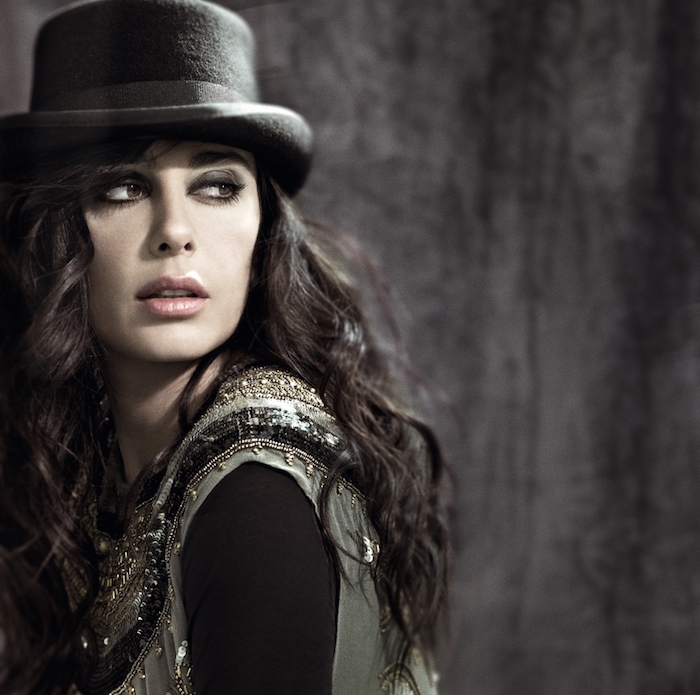 Even when Lebanese director Nadine Labaki was just beginning to embark on her journey to success and fame, her work always carried a unique touch of creative genius that provoked both thought and emotion. When it came time for her to join the big leagues and get into some really serious directing and cinema work, Labaki awed audiences with her smash-hit movie Caramel, which earned her worldwide recognition and an impressive number of prestigious awards. This year, she has outdone herself with her latest movie Where Do We Go Now? Indeed, that is the question. Where is Labaki going now? We say, the only way is up!

Labaki’s latest cinematic release Where Do We Go Now? will make you laugh, it will make you cry, and it will leave you shaken to the core. Inspired by the tragedies of the sectarian strife that has plagued Lebanon for decades, Labaki sought to express her own personal worries about this through the script of her brilliant film.

“When I was pregnant in 2008, tension was on the rise because people from different religions who were friends, suddenly began to side with opposing political parties. Everyone thought that chaos will soon be taken to the streets.  I was very sad about the situation and I wondered how I would deal with it as a parent, if my own son was involved,” explained Labaki.

The story is set in an isolated mountain village, where Muslim and Christian women join forces to stop their men from killing one another. The women in the film – wives, mothers, sisters – each deal with this ongoing nightmare in their own way, often with heart-breaking ingenuity. “How far would I go to stop my child from going to see what’s happening outside and thinking he had to defend his building, his family or his beliefs?” questions Labaki.

Where Do We Go Now? does not seek to preach or lecture, it hopes to bring about change through its display of raw emotion. You cannot but be deeply moved by the film’s theme, and its mix of ironic and painfully tragic events, and you cannot help but be filled with sadness at the realization that it is only our shared sense of grief over the loss of our loved ones that finally unites us.

Labaki has always been a great advocate of employing as many realistic elements in her work as possible, and actors are no exception. Most of the actors that participated in the film were by no means professional actors. “I like real people. I like experimenting with their mannerisms, their voices, their way of being. The casting process was intensive. For weeks, a dozen people scoured the streets,” she said.

The film was shot in three different locations; the villages of Taybeh, Douma, and Mechmech. Taybeh, just like in the narrative, actually had a church and a mosque within a stone’s throw from one another, and Set Designer Cynthia Zahar worked on creating as realistic a look and ambiance of poverty and isolation as possible. “The village in the film has endured war, and found itself cut-off from the outside world, with neither television nor telephone, connected to the rest of the country by a bridge dotted with landmines and shattered by shelling,” explains Labaki.

Designed by her sister Caroline Labaki, the costumes complemented the environment that was created for the film, and accurately portrayed its message. “This process took a lot of work, and my sister Caroline did some very intensive research. The aim, of course, was authenticity, but it was a challenge because I didn’t want to set the story in a precise period.”

The wonderful score throughout the film, which at times would painfully tug at your heart strings, only a moment later to uplift, delight and inspire laughter, was composed by none other than Khaled Mouzanar, Labaki’s husband. “He is very sensitive, and I am frequently surprised by his ability to visualize the images of the film and to translate them into music just from reading the script – sometimes even before the ideas or the scenes were written,” she said.

Where to go now?

Labaki hopes her film and its success will bring about change on both a social and cultural level, as well as inspire young and aspiring filmmakers to pursue their dreams of making feature films. “This is a difficult job because there’s no film industry in Lebanon or the region, and there’s no mentoring or people we can learn from.  In addition, it’s very hard to get financing and not much help is available.  So when people find that a movie has proved to be successful, then they are more confident and more encouraged to pursue their own dreams in filmmaking,” said Labaki.

Labaki attributes the immense success of her new film to the learning experience she gained while filming Caramel. “I learned from all the things I experienced in my first movie, and I tried the second time to do things better, more ambitiously, and challenge myself more,” she said.

While reveling in the success of her latest work and all the attention she has been getting, Labaki confesses to not having a new personal project in the pipelines for now as she is planning on traveling to promote Where Do We Go Now? and also reading scripts for movie roles she has been offered.

With such a busy schedule how does she manage to get away from it all? “By going for the simple, but wonderful things in life,” she says with a smile. “I have a son who’s almost three years old, and I just love to be with him and do activities or travel with him. I also like the beach; it’s very relaxing to me,” she added.

Through her bold and unflinching works, her ability to move audiences by creating some of the most mesmerizing story-lines taken right from life and translating them into equally stunning visuals, Labaki is bound to captivate and enthral audiences once and again. We just have to wait and see where she goes next.