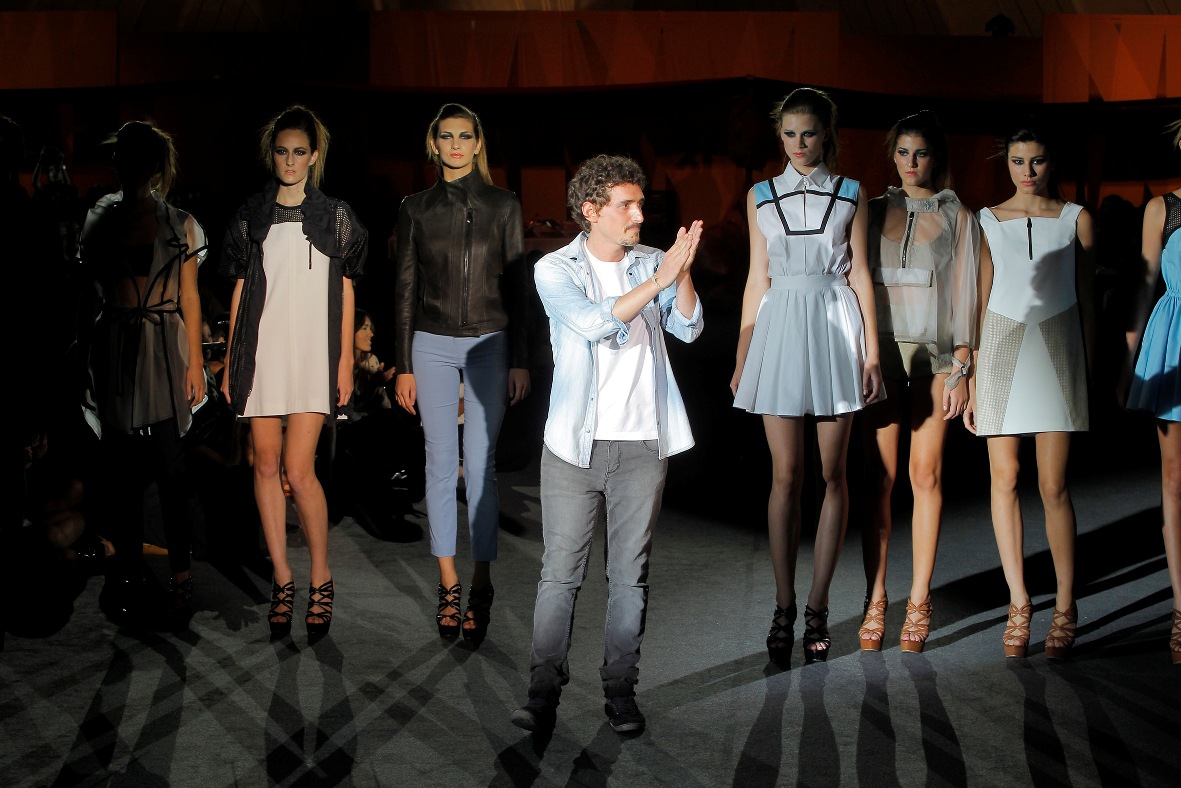 Each year the fashion industry is inundated with newcomers and young designers hoping to make their mark on the world of fashion.  While many fail to gain recognition, others, like Alex Vidal, make a name for themselves as hot new designers with their unique creations and creativity.

Vidal’s passion for fashion was innate, having been born into a family with a long line of success in the fashion industry.  With both his father and grandfather having been successful designers, Vidal discovered his desire to follow in their footsteps at a very young age, becoming the third generation of Vidals to captivate the fashion industry.  Vidal’s designs continually grace the catwalks of both Valencia and Madrid Fashion Week and have won the hearts of fashionistas not only in his home country of Spain, but also throughout Europe.  Today’s Outlook sat down with the up-and-coming designer to discuss his leap of faith in creating his own signature couture brand, the phenomenal success he has achieved thus far, and his expansion plans in the Middle East.

With his family as his inspiration, Vidal decided to follow his dream of making it big in the fashion industry and enrolled to study fashion design in the Institute Marangoni in Milan, one of the most prestigious fashion design universities in the world.  After excelling in his studies, he worked for the family business before deciding to strike out on his own. In 2007, the young designer launched his namesake label, designing his own collections under the Alex Vidal brand.

Alex Vidal designs garner attention with their simple lines and patterns, clean-cut structure and romantic style.  “My designs highlight the real femininity of a woman,” explained Vidal.  “They cater to the simple, feminine, elegant woman.”  Vidal views the modern woman for whom he designs as elegant, contemporary and confident – very strong yet feminine and romantic. “The modern woman is one who commands attention by the way she looks; she takes pride in her appearance, can capture the attention of others and knows how to dress,” he said.  “She is more concerned with the piece of clothing than with the brand label.”

The use of fine fabrics and quality materials ensure that not only do the designs hit the mark but that manufacturing standards are impeccable.  “Most of the fabrics we use are from Italy and France; however, if I am after something with a fantasy concept or feel, I also use fabric from India,” said the designer.  The first step in Vidal’s creative process involves the selection of fabrics.  It is around them that his collections are built.  “I spend six months designing a collection, so I design two collections per year,” said Vidal.  “I create the original idea and then work with my team to build on the concept and design.” The team consists of ten designers in addition to a staff of 250 employees.  “This figure is growing, and in addition we outsource certain things, such as accessories, handbags and shoes.”

With two collections a year, one would assume that new inspiration is hard to come by, but for Vidal inspiration is drawn from his surroundings.  “I like to travel a lot and my inspiration comes from the cities which I have visited,” he said. “I draw inspiration from many things: life, travel, traditions, culture and architecture.”

The Alex Vidal brand is available in Spain and throughout Europe and will soon be accessible to women in the Middle East.  “We established a strong presence in Spain before expanding to other European countries and we’re now branching out into the Middle East,” explained Vidal.  “Our plan is to have Alex Vidal mono-brand stores in all of the major capital cities in the Middle East, starting with Doha, Dubai and Beirut.”  Vidal’s first visit to the Middle East gave him an insight into the Arab women for whom he plans to design.  “Arab women are very beautiful and very elegant,” said Vidal. “They like to dress well and have a great sense of fashion and style.”  While the Middle East expansion is still in its early stages, consumers can look forward to seeing Alex Vidal creations specifically catered to Arab women in the future.

Vidal has a lot of new and exciting projects in the works.  The plans for the near future include an expansion into a new line of accessories, shoes and handbags.  The designer’s latest Fall/Winter 2013-2014 collection has received rave reviews, and several Spanish celebrities have been spotted sporting pieces from the collection at movie award ceremonies.  “This is a very special collection called Red Carpet,” explained Vidal.  “It’s a collection for special women celebrating special occasions; it’s more high-end than the usual collections I design.” As for further expansion, Vidal doesn’t seem to be slowing down any time soon. “Since we are already present in Europe and will soon be present in the Middle East, South East Asia will be our next target. Hong Kong, Singapore and China are important markets for us,” he said.

With so much talent at such a young age, Alex Vidal is making his mark on the fashion industry as one of fashion’s hottest newcomers. With his keen sense of style and innate ability to create feminine yet strong silhouettes, Alex Vidal is sure to make waves on the fashion scene in the region.  Arab women prepare to be dazzled!