Carolina Herrera: A Legacy of Luxury 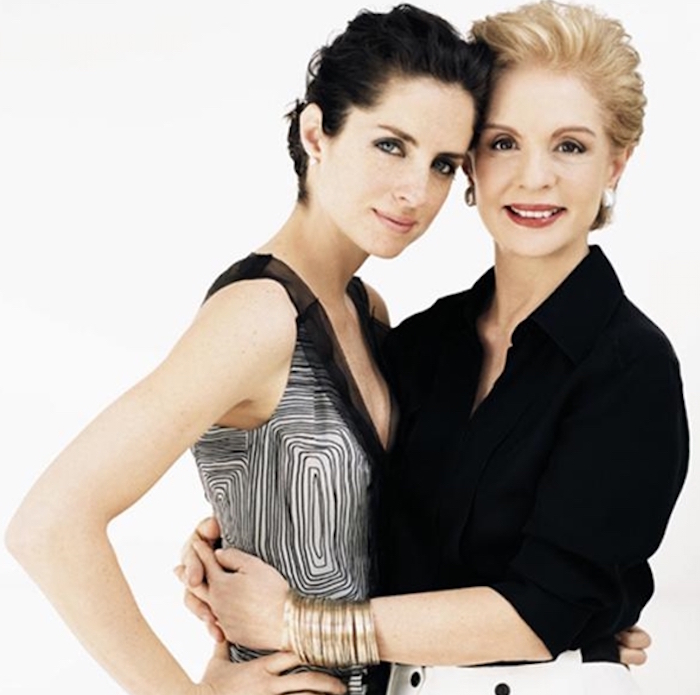 A brand that has become synonymous with the utmost in luxury, the CH Carolina Herrera brand has been a favorite amongst connoisseurs of fragrances and fashion worldwide for nearly three decades. From clothes and shoes, to accessories and jewelry, and of course their infamous perfumes, CH continues to revel in its many successes and cater to the most distinctive tastes.

The CH Carolina Herrera brand is the brainchild of designer Carolina Herrera, who captured the hearts and loyalty of customers the world over in the 80s with the launch of the infamous Carolina Herrera perfume; a sensual fragrance that in every ounce reflects the effortlessly chic elegance of the brand.

Today, many successes later, Carolina Herrera Jr., the legendary designer’s daughter, has joined forces with her mother, carrying on her legacy, and acting as the spokeswoman for CH Carolina Herrera in international markets, where she brings a youthful elegance and global perspective to the company.

On a recent visit to Beirut for the opening of the CH Carolina Herrera boutique in the Beirut Souks, Carolina Herrera Jr. sat down with Today’s Outlook for an up close and personal interview where she revealed the company’s future plans, their status in the Middle East market, and also offered us a glimpse into her intriguing personal life, dreams and aspirations.

While the CH brand has a wide presence in Europe and America, why is it that you have not expanded as much into Asian markets yet?
When you have a plan of expansion, you should take things one step at a time. You must keep in mind that the first store only opened in 2001, and I believe its best to progress at a well-studied pace rather than burn yourself out. The CH brand currently has boutiques in 16 countries around the world from the USA to Latin America, Europe, the Middle East, and Asia is in fact, our next target for expansion.


How successful have you been in the Middle East so far?
I am delighted to say that we have been very successful! Our shops sell both the women’s and men’s collections, and we have witnessed a growing patronage for the CH brand in the region, where I believe our products effectively accommodate our clients’ luxury lifestyle needs.


Does a lot of effort go into brand awareness for this market?
No, and that is because of the perfume. It has been a great success in the Middle East, and that is how the brand became known in the Middle East. That was a very good introduction to CH, because after falling in love with the fragrance, customers became curious to see the clothing behind the brand.


You have several new openings coming up in the region, how do you distribute your shops and how do you decide on the number you open in each country?
It depends on the size of the market and the success of the brand there; it also of course depends on future expansion plans in other areas. We are always willing to open as many shops as there is demand for.


Many celebrities and socialites are launching their own fragrances nowadays; how do you stay ahead of the competition?
The CH brand started to launch its fragrances decades ago, starting with Carolina Herrera that hit the market 25 years ago and is still selling strong. There is also 212 which is 10 years old, so we have a trajectory of launching classics. We have a solid base with customers knowing that our fragrances are not a momentary fad, and that when they purchase one of our perfumes they are very simply buying a piece of perfume history, and I think that makes a big difference.


You’ve had a hand in launching multiple fragrances, yet Carolina Herrera remains your favorite, why is it this particular fragrance unique to you?
I couldn’t really answer that even if I tried! You see that’s the beauty and the mystery and the fun of working with fragrances. There simply is no answer; fragrances are not mathematics, they evoke feelings and memories, and it’s just intangible, so it’s quite difficult to specifically define what makes one particular fragrance special to you…it’s all about feelings.


Can you fill us in on the company’s future projects?
You can expect a new fragrance launch next year in the Middle East, and of course our new openings; we will be expanding with more stores worldwide.


You are a mother and a successful business woman; what is your advice to other woman on juggling and balancing the two?
It’s not easy… while it can be a juggling act, you have to make sacrifices on both sides as long as you keep your priorities in check and know what is most important to you. For me, it is my family. I work and I love what I do, but I know that my family always comes first.


Who is your role model?
I don’t think I have a role model. My mother is someone I deeply respect and admire because she was able to raise a family and create a successful business, all while maintaining her role as a mother. But as far as role models are concerned, I can’t say there is someone out there I am working to be like, instead I am walking my own path in life.

Although your children are still young, do you think they will follow in your footsteps into the world of fashion?

All five-year-olds are into fashion! (laughs) I don’t know, it’s too young an age for me to be able to determine, but I’m quite happy that my daughter is not really into fashion in a serious way… she has her fun playing dress-up like all little girls, but that’s about it.


What or who is your greatest inspiration?
Everything, yet nothing in particular. Inspiration can come from many different places and many different times. I am inspired everyday; something always catches my attention. I think when you get around in your daily life, you have to look for inspiration with a sense of awareness to everything around you - colors, sounds, smells - instead of being wrapped-up in your own thoughts or worries. There’s always something there if you look deeper.


You have traveled to and lived in many countries, what is your favorite escape?
My favorite escape is with my family in my country home in Spain. There is nothing that I like more than to be where my family is, relaxing and enjoying their company.


What is it like being the ambassador for the CH brand?
It’s something that comes naturally to me and that I love doing. I grew-up with the brand so everything I do comes with great ease. I believe things become difficult only when you have to pretend and make believe.


You find yourself in the midst of very different cultures in your line of work; do you find you need to adapt your approach according to where you are?
Not at all, because that would be exhausting. I am myself wherever I go; of course, I am always respectful of people’s cultures and differences. I am willing to listen and to try different things, and I think that’s the best way to do it.


What are your dream and goals for the future?
My one dream is for my children to happy and healthy. As far as business goals, I have thought of perhaps going into home design, but I don’t set goals that are too ambitious because life is unpredictable and sometimes things may develop in ways you aren’t expecting, and you always need to be ready and open to that.