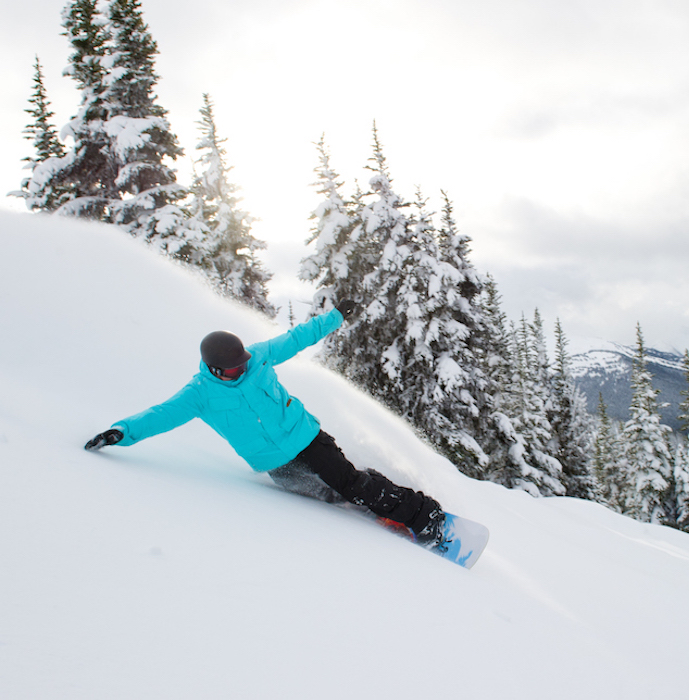 Nearly everyone has heard of some of the world’s popular ski resorts such as Kitzbuhel, Zermatt, and Aspen. They are certainly glamorous destinations, but there’s a price to be paid in over-crowded lift lines. There are, however, other incredible ski destinations to be discovered around the globe that offer stunningly beautiful landscapes, world-class dining, topnotch entertainment, and most importantly, some of the best ski slopes on the planet. 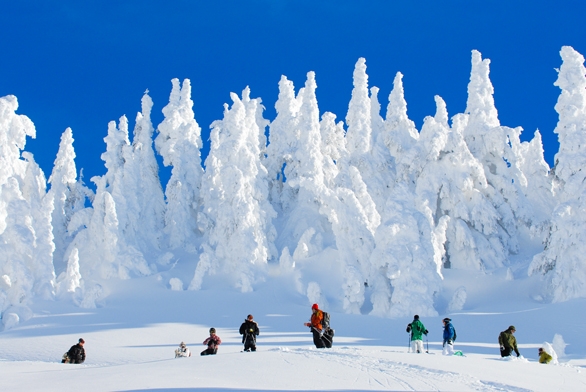 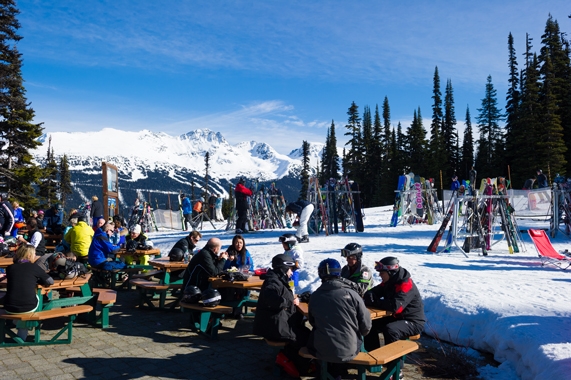 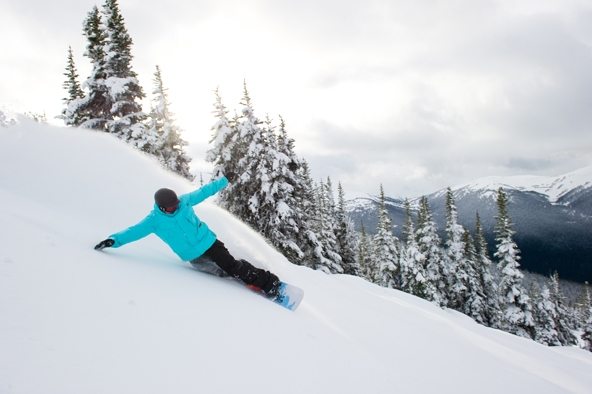 Whistler – Canada
Sometimes bigger is just better. Whistler Blackcomb (the two side-by-side mountains) is the largest ski resort in North America. Located about 80 km (50 miles) north of Vancouver on the west coast in British Columbia, it welcomes almost 2 million visitors every year. But there is plenty of room for everyone because the resort is huge with 70 chairlift trails. There is even a gondola that will take you from Whistler to Blackcomb, although traveling on the highest and longest unsupported cable car span in the world may not be for the faint-hearted.
As might be expected at a resort this big, there is an endless list of things to do including heli-skiing, backcountry ski tours and even eagle viewing. A special treat is the outdoor Scandinavian style spa. And while Vancouver is a haven for foodies, Whistler also boasts some of the best restaurants anywhere including the elegant Bearfoot Bistro and Champagne Bar or Araxi Restaurant and Bar, which features a wine cellar with over 12,000 bottles. But be sure to save the vino for after the last run of the day! 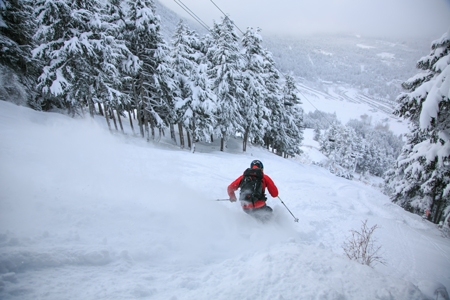 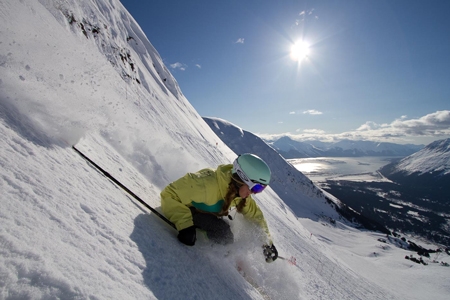 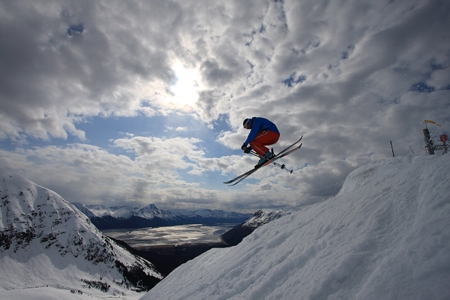 Perhaps Alaska wouldn’t be the first destination that most people would think of for world-class skiing but to say Girdwood has some of the most stunning views you will ever take in at the top of a mountain is a complete understatement. Located about an hour south of Alaska’s biggest city, Anchorage, this resort is perhaps one of the world’s best-kept secrets. As a result the lines are short and the lifestyle is relaxed and laid back. It’s all about the slopes here and once you reach the top of the mountain you’ll find yourself above the tree line and the skiing is wide open and alpine.
The Alyeska Resort is the primary destination here and Mount Alyeska is the largest ski area in the state, with nearly 650 inches of snowfall at its summit every year.
Originally called the “Glacier City” Girdwood was once a mecca for those trying to mine for gold in the late 1800s. Today, the town of under 2,000 residents provides tourists with great skiing, many other winter activities, lots of quaint B&Bs, restaurants and shops, plus the occasional moose sighting! 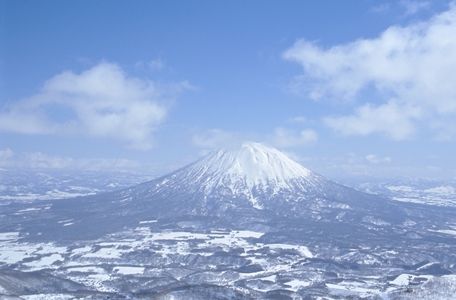 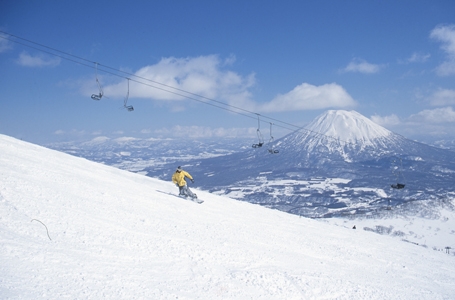 Niseko – Japan
Niseko is perhaps Japan’s top ski resort! Thanks to the regular storms blowing in from Siberia on the mountains of the Japanese island of Hokkaido, soft powder is always available! Niseko is a town located in the Abuta District of Hokkaido and actually encompasses five resorts on Mount Yotei, whose name means "a cliff jutting over a riverbank deep in the mountains.” A SkiJapan.com pass will allow access to four out of the five mountains.
Most of the time getting to the top of the mountain here involves a ride in a state-of-the-art covered gondola or chairlift and the terrain is so good that Niseko rarely experiences whiteout conditions. There are runs for every ability level, but serious skiers must take the 20-minute hike up from the top lift to experience “The Peak”—a huge powder area that is often described as “insanely fun.”
There are many bilingual guides and staff members, so don’t worry if you can’t speak Japanese. For an après-ski activity be sure you don’t miss a chance to sooth aching muscles in one of the many hot springs (or onsens, as they are called locally). We call it heaven on earth! 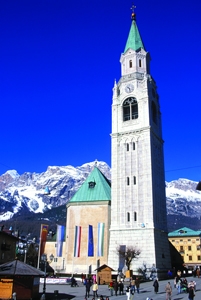 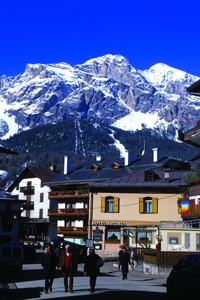 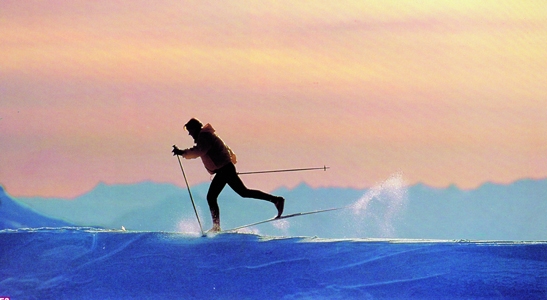 Cortina d’Ampezzo – Italy
If you are looking for a true Alpine experience, you must visit Cortina, regularly called the most beautiful ski resort in the world. Set in the midst of the stunning Dolomite Mountains, the emphasis here is not only getting in plenty of runs on surprisingly uncrowded slopes but also socializing at the village below.
Locals in the Tyrolean town speak a sort of German-Italian mix but are incredibly welcoming no matter what language you are fluent in. The town, which played host to the 1956 Winter Olympics games, tends to attract mostly European visitors, perhaps because it’s not always easy to get to (the closest airports are in Innsbruck or Verona) but it’s definitely worth making the journey. No matter which direction you look, the views are fantastic. The resort covers over 80 km (50 miles) of slopes, including Auronzo-Misurina and San Vito di Cadore.
There are great hotels for every budget but two favorite spots are the Rosapetra Spa Resort and Boutique Hotel Villa Blu Cortina, which offers a beautiful view of the mountains. After you are done skiing for the day, check out Molo Cortina, a great little pub to meet the friendly locals.  Buon viaggio! 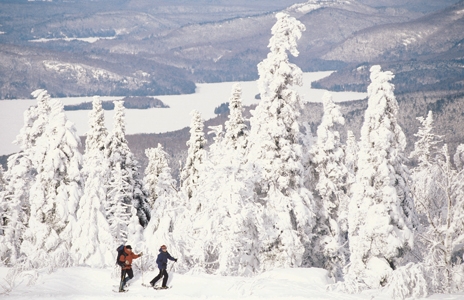 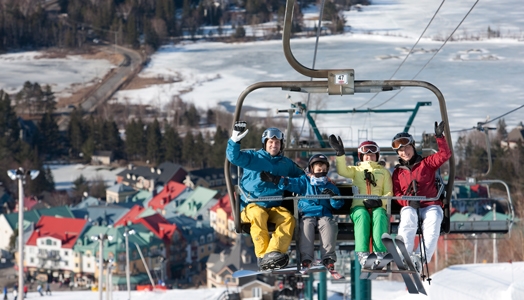 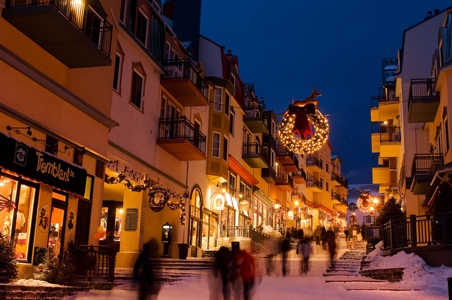 Mont Tremblant – Canada
The name Mont Tremblant originated from the native Algonquin tribe, who called it the "trembling mountain.”  Today it is distinctly French Canadian and part of the Laurentian Mountains, just outside of Quebec on the country’s east coast. The lovely city of Quebec—with perhaps the most European style of any location in North America—would make this a great destination to start, but Tremblant’s summit at 875 meters (2,871 ft), makes for some fantastic trails.
There are 94 marked downhill trails from easy to expert and the longest is nearly four miles. At the very top of the mountain there is a chalet and a fine restaurant called Le Grand Manitou, where you can stop and refuel before taking in your next run. There is a pedestrian village at the bottom of the slopes where you can catch a gondola to the summit. And if you get tired of racing down the mountain, the resort also offers cross-country skiing, dog sledding, ice climbing, ice fishing, ice skating, paintball, sleigh rides, snowmobiling, snowshoeing, tubing, a casino and several spas. When it comes to lodging, you’ll find hotels and private condos in nearly every price range. These include the Fairmont Tremblant, one of the best near the mountain, and the iconic Château Frontenac, another Fairmont property located in Quebec City. 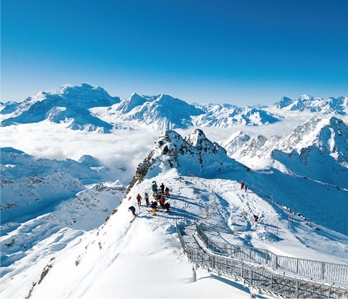 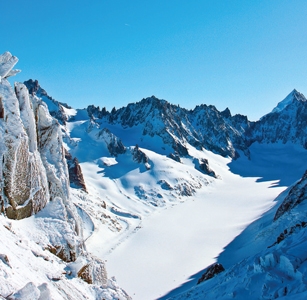 Argentière – France
About a 15-minute bus ride from the famed town of Chamonix-Mont-Blanc, Argentière in the French Alps is a lesser-known gem and a charming, rustic village that also happens to offer great skiing. The north facing Les Grands Montets mountain’s steep slopes are said to protect the quality of skiing throughout the season. Varied terrain also offers many kinds of trails and powder fields and is even known to have many well-covered trails until late April. One of the most scenic ways to get to Argentière would have to be on the Mont Blanc Express railroad, which runs from Switzerland through France.
Take a brake from the slopes to see the baroque church and 19th century chapel. You can also hike to the foot of the famous Argentière Glacier, which is slowly beginning to shrink more and more every year.
If you become bored with skiing or snowboarding, try speed-riding. The new sport combines a paragliding mini-sail while wearing skis. And Mon Dieu, it’s heart stopping!