Maya Yoga, A Yoga Retreat In the Heart of Paradise 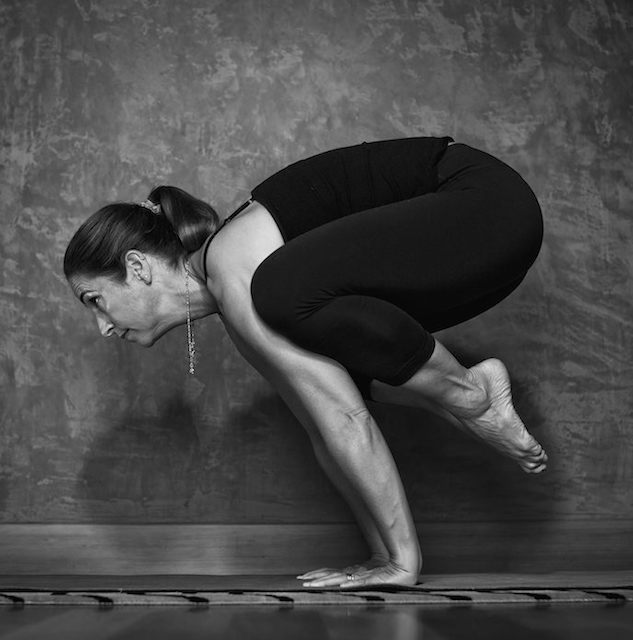 Warm weather, clear ocean waters, and endless sunshine make Maui, the second largest island in Hawaii, the perfect setting for Maya Yoga.  With world-class teachers and a serene and relaxing environment that attracts not only locals but also yoga gurus from around the country, Maya Yoga is the place to be for yogis who want the perfect experience. Nicki Doane and Eddie Modestini have been running the studio, which provides classes for students of all levels. Nicki is also trotting the globe conducting teacher-training programs to impart her knowledge and insights into this ancient practice which has seen phenomenal growth in popularity in recent years. Today’s Outlook sat down with Nicki to find out more about what attracted her to yoga and why it has become all the rave for people whether young or old, trendy or conservative,  seasoned athletes, or those in search of  a healthier lifestyle.

What are you up to these days?

I’m currently training yoga teachers in Jacksonville, Wyoming. I will be traveling a lot over the next six months for my training courses, so I don’t expect to have time for general classes. During this time, I’ll be going back and forth to Jackson Hole, as well as heading out to Canada and San Francisco before going to Bali and then back to Maui.

Why did you choose Maui as the location for Maya Yoga?

In addition to the fact that there was an already established yoga community present, Maui is an absolutely beautiful place. What’s more, the presence of a circle of friends who have made Maui their home was another pull. At that time, I was pregnant with my daughter and my husband and I decided that we didn’t want to be in Los Angeles, so we decided on Maui.  We had a property there so we built a studio and started teaching. Maui is such a beautiful place; the temperature is very similar to that of India and the studio is in a beautiful part of the island overlooking the Pacific Ocean, so it’s very calming, soothing, and conducive to yoga classes

In your biography, it states that you combine yoga philosophy with poetry; how does this work?

A lot of people take up yoga for the physical aspect, but yoga is about so much more than that.  There is a book called The Yoga Sutra, and it is essentially the psychology of yoga, which I mention and refer to a lot while I’m teaching.  I try to weave the philosophy in while people are actually practicing yoga; in this sense, as their body opens, so too does their mind and this information starts to seep in. At the end of the class, we engage in the resting pose during which time I read some poetry aloud. I find that this just resonates beautifully because people are very open and receptive, allowing the poetry to really permeate.

What made you take up yoga?

I was already interested in alternative lifestyles and at university they offered yoga as Physical Education for credit. I was intrigued, so I signed up for a class and from the very first day I knew that I had found something that was really for me. It just felt so incredibly familiar and comfortable that I knew I had found it.

When you first visited India in 1991, was the purpose of your trip to become more acquainted with India or did you know at that point that you wanted to become a teacher?

No, I had no idea I was going to become a teacher. In fact, during my first five years of practicing yoga, teaching never crossed my mind. Yoga was just something that I enjoyed doing for myself. It wasn’t until 1993 when I was approached to teach at a studio that the issue of teaching came up and although my first instinct was to say “No, I’m not a teacher”, my husband said “Oh yes, definitely, she’ll do it.”  So, in a way teaching found its way to me and as soon as I started, I realized that I loved it.

You are a certified teacher and have practiced for many years; do you feel that you still learn from your trips to India?

Yes, of course. The moment you think there is nothing left to learn is the moment you are no longer a good teacher. We should all remain students and keep that open, beginner’s state of mind.  What I go to India for, more than anything else, is inspiration and rejuvenation - it is a place that reminds me of how much I love to practice yoga. India is the source, and I always encourage people to go to the source. I try to go back every two years, so I’m planning a trip for 2012.

Why do you encourage people to do yoga?

I encourage people to do yoga because it is a way of getting to know ourselves better.  It is really the process of self inquiry and self realization and the way that I usually describe yoga is that it is a life support system. It has nothing to do with religion. Yoga will make everything you do better because it increases your awareness, and when you’re more aware, you’re more present which means that whatever it is that you are doing, you will do it better.

Why is it that people who practice yoga always seem to be in a state of calmness which reflects on their faces?

This is very true, and I tell people this all the time. When you do the work from the inside, it starts to radiate out and people definitely recognize it - they see a spark in either your eyes, or in your personality and people are drawn to that, they want that!

Does yoga have physical healing powers?

Absolutely. In fact, more people in America attend yoga classes for physical healing than for spiritual healing.  The spiritual aspects and benefits seem to come around almost as a by-product.

Yoga can definitely aid in weight loss, but obviously it would have to be a form of yoga that is a bit more physical.  The thing about weight loss is that through yoga, you become more aware of your body and tend to become more aware of what you are putting into your body, so it’s really all connected. While yoga does require physical effort, endurance, and strength – in some yogas more than others – ultimately, it is your awareness of your body and the ensuing need to take care of your body that leads to weight loss and a healthier lifestyle in general.

Yoga is an ancient practice dating back thousands of years but has only gained widespread popularity in recent years, why do you think this is so?

Honestly, I think it’s probably because we need it now more than we have ever needed it; there is a lot of strife and suffering going on in the world today and I think that people need a sustainable powerful life support system, which is yoga.  Yoga no longer has the ‘hippy’ stigma that it used to have; people are recognizing its validity and the fact that people are really getting results is something that nobody can deny. When we look to India, we can see that this is a practice which has been around for thousands of years, so it isn’t a new fad.  So today, when doctors are encouraging their patients to do yoga, people are starting to listen.

Yoga has also gained popularity among celebrities, do you think this attributes to its widespread popularity?

I don’t think it’s the celebrity angle. This may get people to their first class thinking: “Oh Madonna does yoga, I’m going to do yoga”, but I think the yoga itself is what keeps people coming back.  We have celebrity students, and they are great people, but when they come into the class, they are the same as everybody else; we don’t treat them any differently and I think they appreciate that.

How long is a typical yoga class?

A typical class in a mainstream studio is probably about an hour and a half but our classes are always last two hours. Nowadays, you can find a lunchtime class for 45 minutes to an hour so you can pretty much do it for as long as you like.

Are there any poses that you recommend for people who want to practice yoga at home?

I have five DVDs out so I usually recommend people buy any one of them, some of which are geared towards beginners and last only 20 minutes. Committing yourself to just 20 minutes a day is very reasonable for anybody and so it’s a great place to start!