The 2022 ATFL Gala Celebrates the Achievements of Distinguished Lebanese-Americans 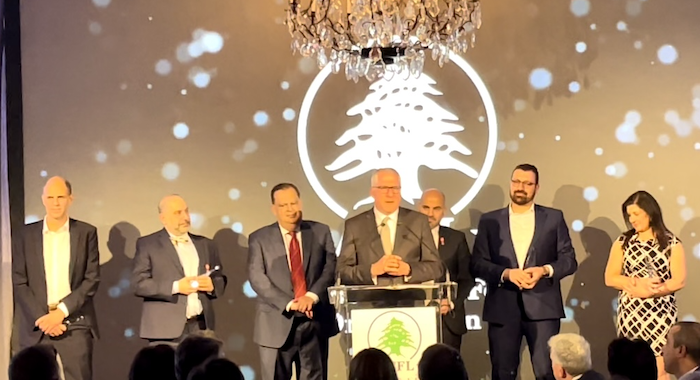 The Moderna team receiving their award 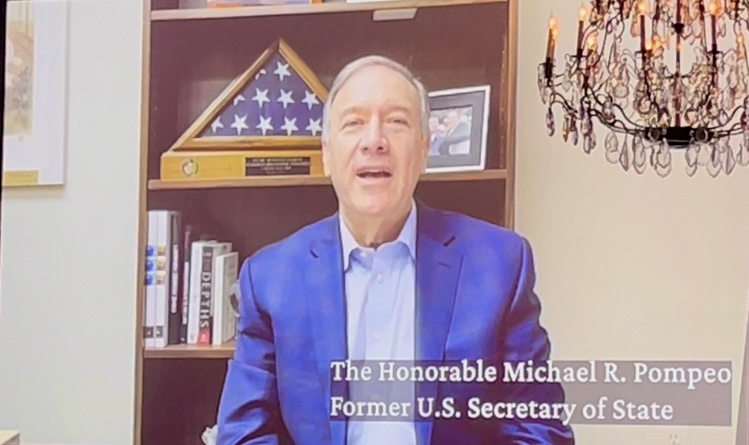 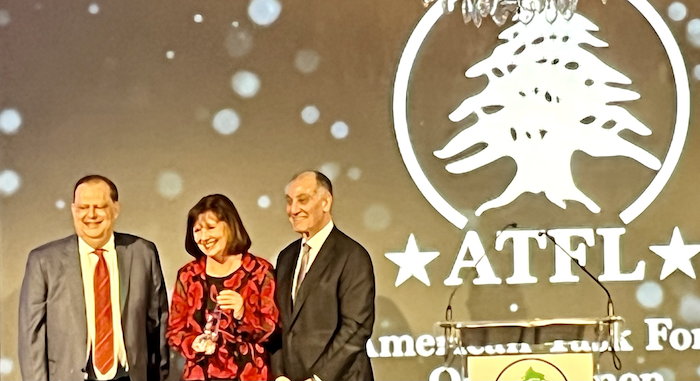 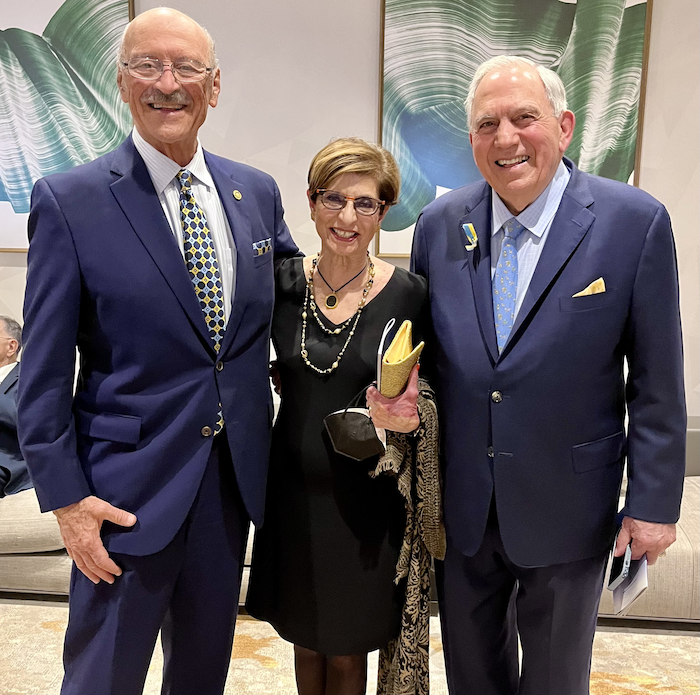 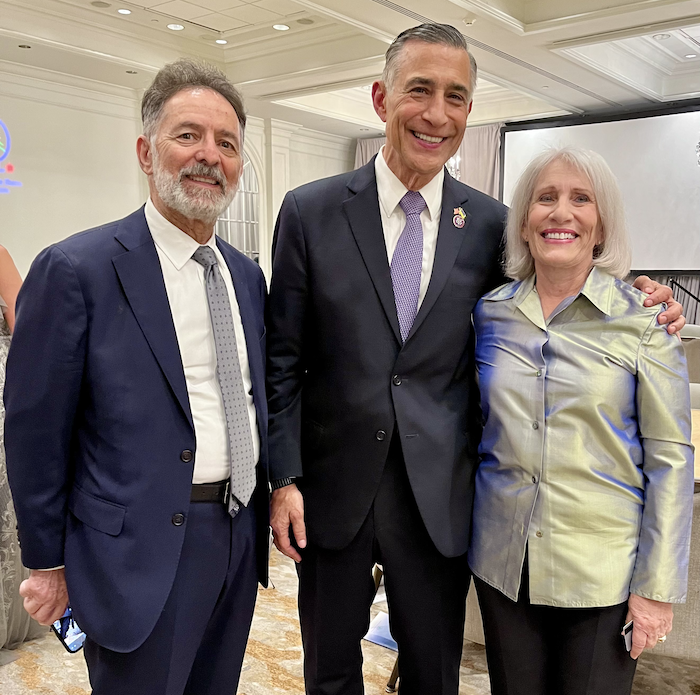 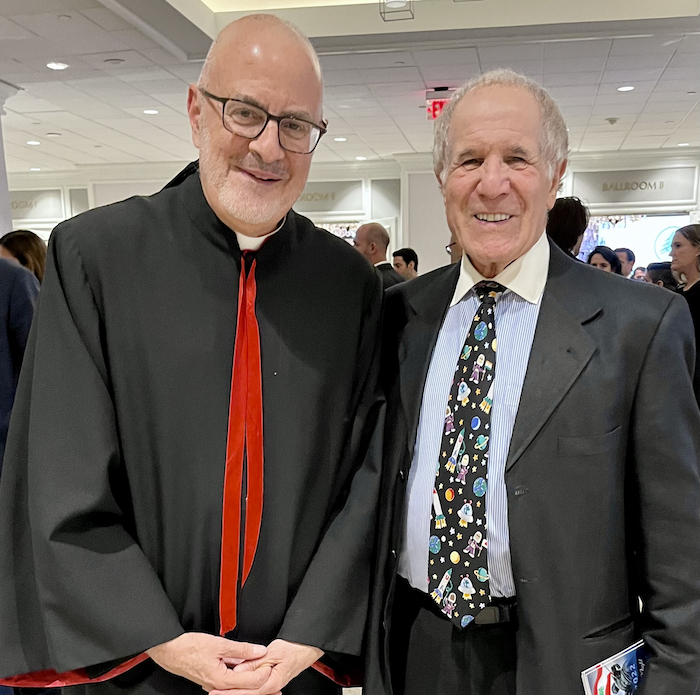 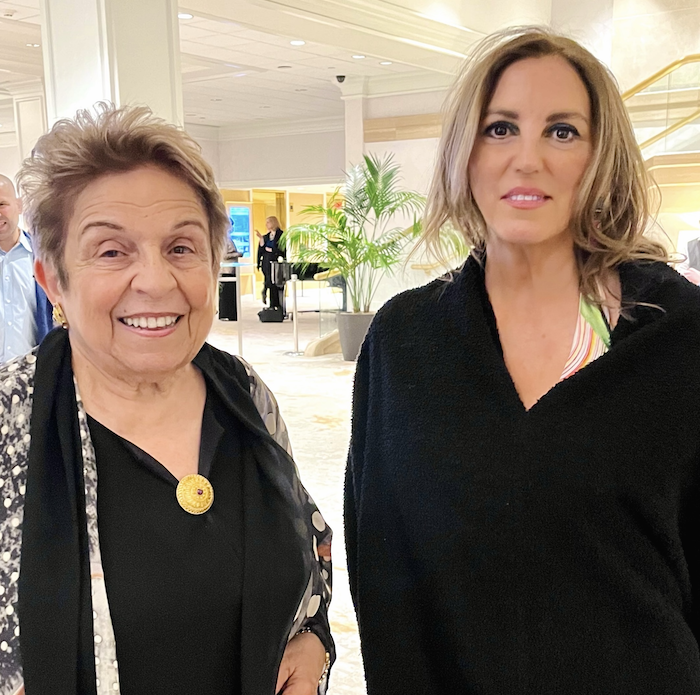 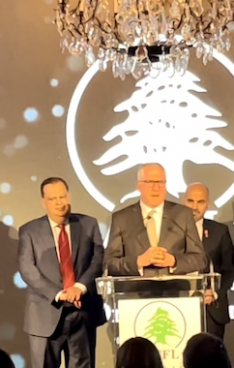 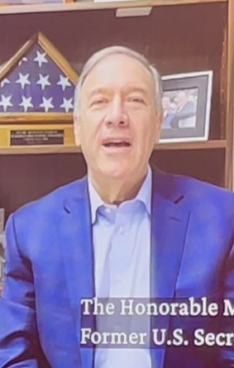 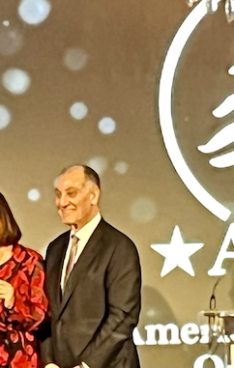 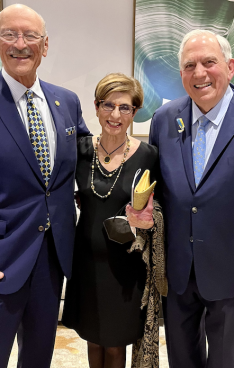 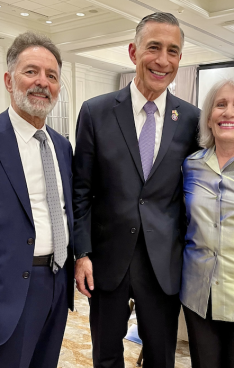 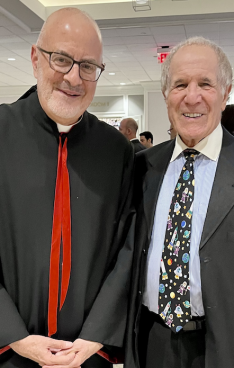 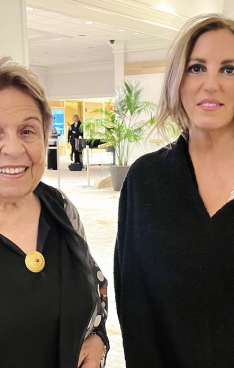 The American Task Force for Lebanon (ATFL) hosted its annual awards night at the Fairmont Hotel in Washington, D.C. on May 11. The event — a tribute to the courageous citizens of Lebanon — honored a number of distinguished people.

Moderna, Inc. was founded by Lebanese-American Noubar Afeyan and this year’s Issam Fares International Leadership Award went to six Moderna executives and scientists of Lebanese descent. Their contributions toward the battle against the global COVID-19 pandemic have created groundbreaking pharmaceutical technologies that are one of the best tools in the effort to protect public health in the United States and throughout the world. The honorees are Mr. Marcello Damiani, of Tripoli, Chief Digital and Operational Excellence Officer; Mr. Said Francis, from Miyeh wa Miyeh in the Saida region, Senior Vice President and Head of Business Development and Corporate Strategy; Mr. Charbel Haber, PHD, from Bserrine, Senior Vice President and Head of Regulatory Affairs; Mrs. Joyce Kfoury Sousa, from Ain Al-Sousaf, Associate Director of Analytical Science and Technology; Mr. François Nader, from Abadiyeh, member of Moderna, Inc’s Board of Directors; and Mr. Joe Sarkis, PHD, from Hrajel, Associate Director of Cellular Pharmacology.
The Joseph J. Jacobs Distinguished Achievement Award  went to Ms. Roula Khalaf, who grew up in Lebanon during the civil war and made history in 2020 when she became the first female editor of the Financial Times of London in the paper’s 131-year history.
The Ray Irani Lifetime Achievement Award went to Mrs. Hania and Mr. Mohamed Ahmar, in recognition of their continuous service and charitable projects that serve Lebanese communities across the United States.
H.E. Nayla Moawad, founder and president of the René Moawad Foundation in Lebanon, was also honored during the evening.
The Philip Habib Award for Distinguished Public Service was awarded to former Ambassador to Lebanon Elizabeth Richard, former Ambassador to Lebanon David Hale, and Lebanese-American Governor of the State of New Hampshire Christopher Sununu.
Lebanese-American operatic and crossover tenor Amine Hachem, who has captivated audiences across the United States, Europe, and the Middle East, performed both the Lebanese and the American national anthem, as well as a couple of songs for Fairuz. Hachem is the recipient of several awards from the New York International Film Festival, the Winter Film Awards, and the Rome Music Video Awards.
The gala dinner brought the taste of Lebanon to guests, who enjoyed Lebanese arak from Arak Touma and wine by Daou Vineyards.