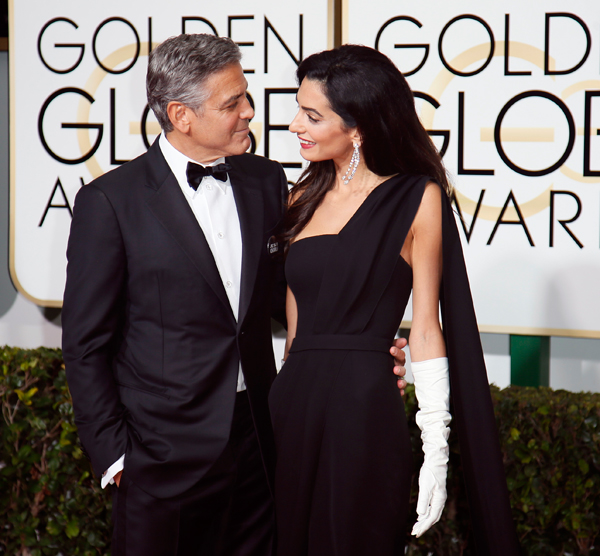 Honoring the best in film and American television of 2014, the prestigious 72nd Golden Globe Awards was broadcast live from the Beverly Hilton Hotel in Beverly Hills, California, and seen in more than 192 countries, giving the world an insider’s front row seat to the glamorous event.

Produced by Dick Clark Productions in association with the Hollywood Foreign Press Association, the golden ceremony was hosted by Tina Fey and Amy Poehler, and the night was a fun and surprise-filled event, with many memorable, heartfelt moments and speeches. Particularly unforgettable was George Clooney’s romantic speech in which he addressed his wife Amal Alamuddin, after receiving the Cecil B. DeMille Lifetime Achievement Award.

Celebrities took to the red carpet and greeted media, photographers and onlookers in a dazzling procession. Supermodel Behati Prinsloo sparkled in de GRISOGONO diamonds and a KaufmanFranco dress, Emma Stone stunned in a very original Lanvin creation by Alber Elbaz, and embroidered crystal strapless jumpsuit, and Jennifer Aniston was sensually elegant in Saint Laurent by Hedi Slimane, to list a few of the many outstanding looks of the evening.