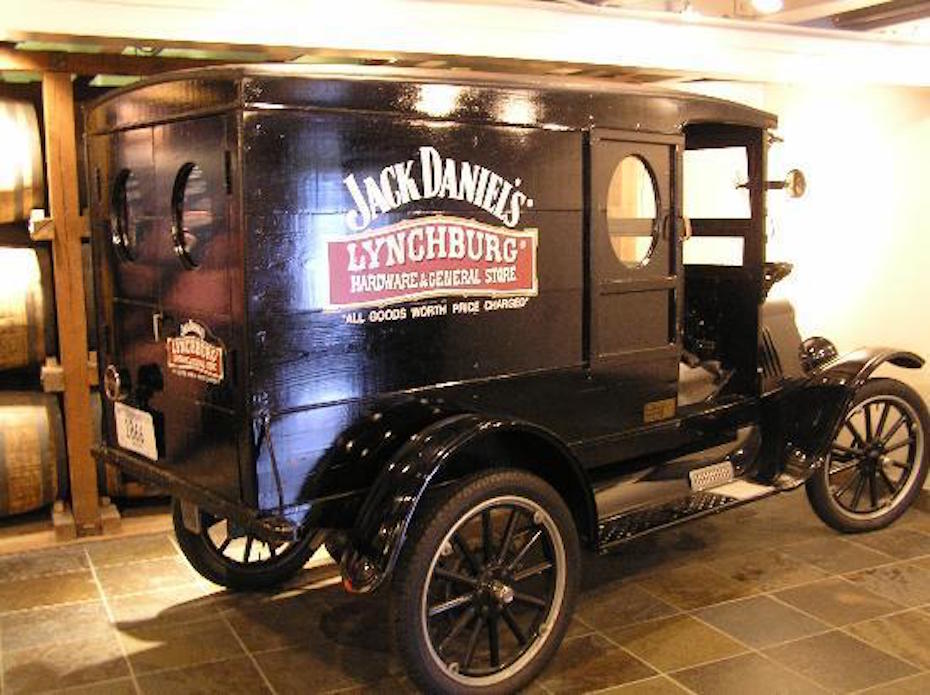 Since 1866, Jack Daniel’s has been producing award-winning world-famous Tennessee Sippin’ Whiskey in the small Tennessee town of Lynchburg. If you are a whiskey aficionado, a history buff or planning a trip to Nashville, consider stopping by the Jack Daniel’s Distillery for a tour of the facility. One of the lively guides will take you around the distillery and entertain you with some facts that are both historic and humorous. A group photo will be taken before the tour begins to be displayed on the website for four months.

The first stop on the tour is the rickyard which shows the wood stacks that are made from sugar maple. The stacks are reduced down to charcoal and the charcoal is what gives the whiskey its flavor. Next stop is the iron-free spring that is one of the whiskey’s ingredients. This water flows year-round at 800 gallons per minute at a constant temperature of 56° and is virtually iron-free. It’s the reason why the distillery was built in this spot originally, and why it has remained there ever since. Just outside the cave you’ll find a statue of Jack Daniel, the man himself, standing guard over this prized spring.

As you approach the grain mill, the smell of sour mash permeates the air. Inside the mill, the sour mash is kept in silos that can hold 40,000 gallons and you can also see the whiskey tested at 140 proof.  The mellowing process of the whiskey-making is next. During this process, the whiskey slowly filters through vats of the sugar maple charcoal. This is the part that actually turns the liquor into whiskey, as up until this step it is considered bourbon.

Next, visitors can watch the ready-to-go whiskey bottles being sent down the line and packaged for distribution. The last walk of the tour is through the barrel house where barrels of whiskey are stacked from the floor to the ceiling. The barrels are made from white oak; the craftsmen carefully toast and char the inside of the barrel to caramelize the wood’s natural sugars. It’s from the toasted oak that the whiskey draws its rich amber color, distinctive flavor and finish.

Jack Daniel’s Single Barrel is stored in the upper floors of the warehouse which creates the highest maturation rates, richest color profiles and most robust flavor. Each barrel is hand-selected by Master Distiller, Jeff Arnett.  One of the special rewards of buying your own barrel of Jack Daniel’s Single Barrel is choosing one that suits your taste. A barrel yields around 240 750ml bottles of whiskey. Each bottle will display a personalized neck medallion that announces this whiskey has been bottled exclusively for you. In addition, the neck band will indicate your barrel number, the barrelhouse rick number and the bottling date, marking your whiskey as one-of-a-kind. You will also receive the actual barrel from which your whiskey has drawn its character, and you will become a member of the Single Barrel Society, with your name proudly displayed at the distillery.

The final stop of the tour is the White Rabbit Bottle Shop, where visitors can purchase a bottle of Jack Daniel’s whiskey or enjoy a nice glass of complimentary non-alcoholic lemonade. The irony behind the distillery is that Lynchburg is a dry county, so no taste-testing is allowed. Lynchburg and Moore County is genuinely rural – full of rolling hills and farmlands that offer spectacular views everywhere you turn.  The town of Lynchburg is quaint, highlighted by the Moore County Courthouse and Town Square.  There's a small general store, a number of diners and cafés as well as antique stores.  Of course, a number of Jack Daniel's merchandise and memorabilia can be found in town as well.

The culinary art of cooking with whiskey is experiencing a revival among professional chefs and home cooks. Some of the menus at fine restaurants and leading culinary schools are using whiskey in the kitchen to feature a fresh range of tastes and bouquets to pique interest levels and stimulate appetites. Entire menus, with flavors enriched by Jack Daniel’s Tennessee Whiskey, can be created from dishes such as Pan-fried Porterhouse Steak with Lynchburg Pan Sauce, Whiskey Shrimp Alfredo, Tipsy Sweet Potatoes and Jack Daniel’s Praline Celebration Cake. Some general guidelines can help you embark upon a series of your own culinary adventures when cooking with Jack Daniel’s Tennessee Whiskey. Use whiskey to uplift and enhance flavor of the final dish, not overshadow it. The amount of whiskey required in a recipe does not dictate the impact it will have on the dish, i.e. more is not always better. The only important consideration is how it transforms and enhances the final flavor.

After a tour of Jack Daniel’s Distillery, treat yourself to a true Southern family-style meal at Miss Mary Bobo’s Boarding House. Miss Mary Bobo’s Boarding House is a restaurant experience in Lynchburg that is a first-class culinary attraction in its own right. Since 1908, this simple white Federal-style house has served as home to fine traditional Tennessee cooking and a gracious taste of Southern hospitality. Miss Mary Bobo’s Boarding House began back in 1908 when a young Miss Mary assumed ownership of the historic Salmon Hotel. The original structure was raised in 1867 as a traveler’s hotel and is built over a natural spring. Miss Mary ran the boarding house until her death at the age of 101 in 1983. Today, Miss Lynne Tolley presides over the boarding house where her famous great-grand uncle, Mr. Jack Daniel, once took his daily noon-time meal. To honor Mr. Jack’s spirit, a recipe prepared with just a taste of the “hometown product” regularly graces the table. True to Southern boarding house tradition, you will sit together at large family tables alongside a gracious Lynchburg hostess who encourages conversation, shares a bit of local lore and ensures dishes are passed to the left. Miss Mary’s menu varies daily but always includes generous helpings of two home-style meats, six vegetables and side dishes, hot cornbread, biscuits or rolls, freshly brewed ice tea, homemade dessert; and a piping hot cup of coffee.