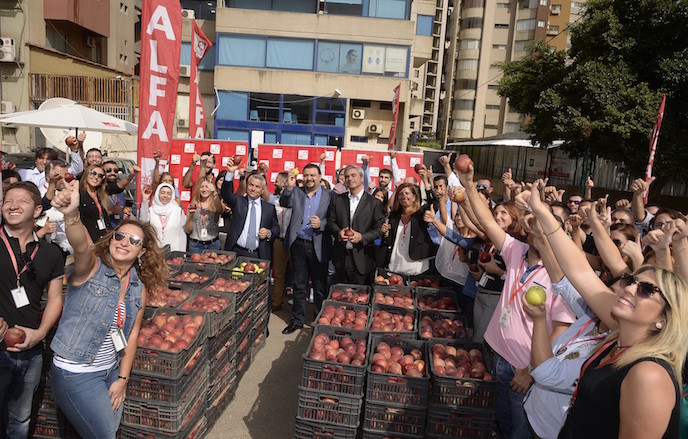 Alfa launched the second phase of its campaign in support of apple farmers. Where phase one saw the distribution of apples to customers in the nine points of sale, phase 2 featured an internal campaign where apples were distributed to the entire company staff, in the presence of CEO and Chairman Marwan Hayek and the administrative body. In total, 1200 crates containing twelve tons of apples purchased directly from Lebanese farmers were distributed.

After receiving his box of apples, Hayek commented: “Alfa was and will remain a socially responsible company supporting all issues of concern to Lebanese citizens”.