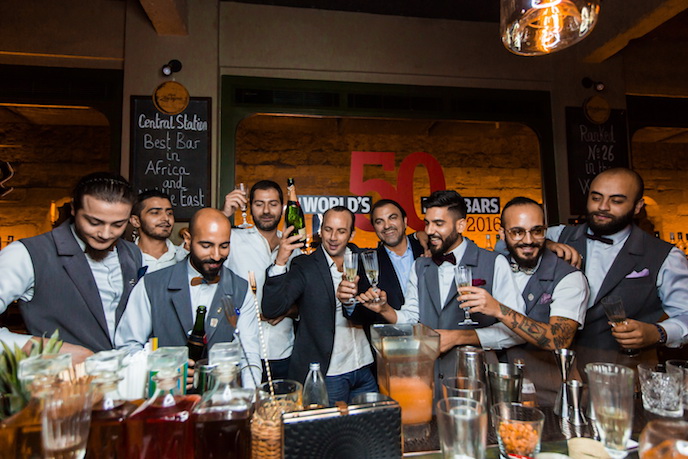 Central Station boutique bar earned Lebanon a new global achievement to celebrate; the prestigious “The World’s 50 Best Bars 2016” list recognized Central Station as the number one bar in Africa and the Middle East, as well as ranking it 26th on the list of the top 50 best bars as compiled by Drinks International magazine. To celebrate this achievement an exquisite bar night was held at the premises and was attended by Lebanon’s media, bloggers, influencers, and HORECA industry figures. The prestigious awards are the result of a worldwide industry survey produced by Drinks International Magazine. Over 400 of the most well-known names in the drinks industry were polled and votes were cast for 652 bars around the world to achieve the top 50 rankings.