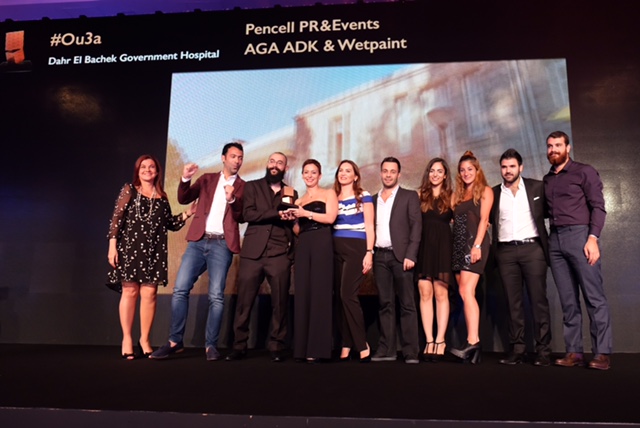 Pencell PR & Events Beirut, part of The Network Communication Group, further cemented its position as one of the Middle East’s leading communications agencies by scoring a double win at the MENA Digital Awards Show that honors digital communication efforts in the region.

During the awards ceremony that took place in Dubai on the 26th of April, two Bronze awards were granted to Pencell PR & Events in the Integrated Digital Campaign and Digital Cause Marketing categories for their national anti-drugs awareness campaign “#Ou3a”.

Nadine Kalache Maalouf, General Manager of Pencell PR & Events Beirut, has heaped praise on the company’s team for raising the creative bar; she said: “To be awarded a double win is the first step towards many other greater achievements. But this success hasn’t come by chance; it is the direct result of painstaking planning to take our creativity to a level where we are now competing with the best players in the industry”.

The “#Ou3a” campaign was championed by Pencell PR & Events Beirut with the assistance of the great teams of its sister companies AGA – ADK Dubai, Wetpaint Beirut and Equation Media Beirut who played a key role in the successful execution of the campaign.