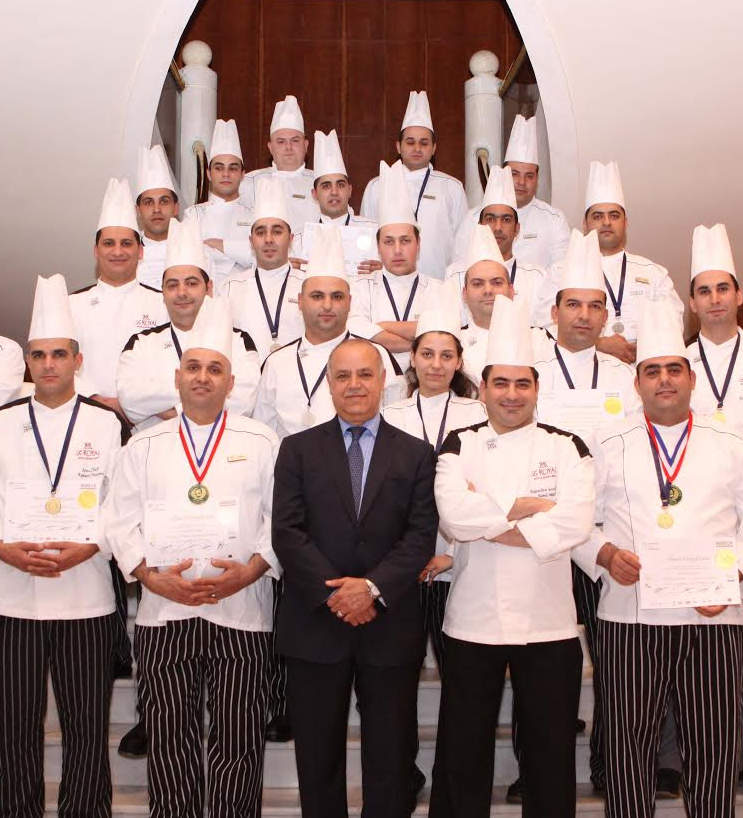 Nowhere is the eclectic mix of east-meets-west in Lebanon more evident than in its gastronomic excellence. This year, Le Royal Hotel outdid itself once again at Horeca's Salon Culinaire, amassing 15 awards for its mouthwatering dishes and presentations at this prestigious competition.

Almost two-thirds of these were gold awards – nine in total – winning in various entries such as cold platter of fish, poultry or meat (Milad Bassil), tapas and canapés (Ali Al Assaad), and six-course set dinner menu (Mohammad Ramadan). Le Royal is especially proud of this year's only female contestant, Chef Grace Abi Khattar, who won the award in the live Lebanese dish competition.

The winnings did not stop here, as there were five silver awards given out for live cooking demonstrations and sensational sandwich-making, complete with hamburgers as well. These awards were earned by chefs Charbel Nakad, Georges Nohra, Daniel Guzelian, Mostafa Fares and Ahmad Hakoum, underlining Le Royal's gastronomic excellence not only in main dishes and sweets, but also in more casual yet exciting food choices that combine enjoyment with healthy ingredients. Lastly Badih El Khoury won the hotel's single bronze award for his delicious sandwiches, which made a very good impression on the judges.

Once again, Le Royal has maintained its position on the who's who list of Lebanon's culinary and fine dining scenes, thanks to an ingenious mix of ideas, ingredients, flavors and colors on a plate. It is worthy to note that the same inspiration that has gone into winning these awards is constantly being channeled towards creating superlative menus at Le Royal's different food outlets.