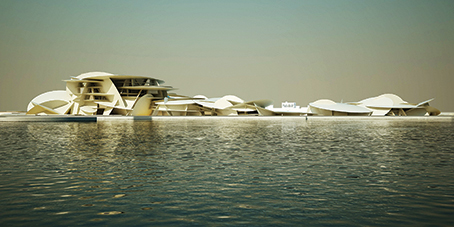 The National Museum of Qatar has received a donation of exceptional and historical items from Qatari poet Sheikh Mubarak bin Saif Al Thani. The unique objects include the first draft of the poem used in the Qatari national anthem, as well as the pen used to write it. Written by Sheikh Mubarak bin Saif Al Thani, the poem is an iconic piece of writing that reinforces the meaning and significance of individual loyalty towards, and love for, one’s country. All donated objects will be exhibited at the museum under the donors’ names along with many other artifacts that highlight the modern history of the State of Qatar and tell the story of its people.