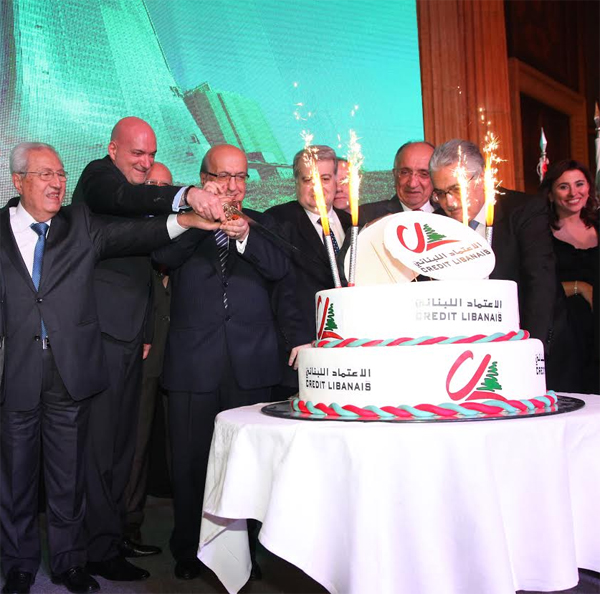 Credit Libanais Banking Group held its Annual Ceremony that gathered some 1,200 employees and senior managers who congregated from various Lebanese regions, in the presence of distinguished board members. A documentary film summing up the achievements of the past year was broadcast, after which star employees were honored for their exceptional achievements over the year.  Also, winners of the CL Group Photography Competition were announced and rewarded with valuable prizes.

In his annual address to staff, Dr. Joseph Torbey, Chairman General Manager of CL Group, highlighted that “despite the murky geopolitical situation, we continued our steady growth path over the year 2014, which was the year of major accomplishments for Credit Libanais.  In fact, the Bank’s new Head Office tower rose as one of the most technologically advanced towers in Lebanon and the region, allowing for optimized synergy among the management teams, in view of further improving the customer experience.”

Dr. Torbey concluded that in the past 25 years, Credit Libanais positioned itself as one of the major banks in Lebanon, owing to the long experience and know-how it acquired, backed by dedicated employees, senior managers and distinguished shareholders who ensured the expansion strategy in Cyprus, Bahrain, Senegal, Iraq and Canada. Today, CL Group has grown to encompass 75 branches, covering the entire Lebanese territory and beyond.