She may be the world’s highest-paid supermodel, but Gisele Bündchen tells why being a mother is her most important job. 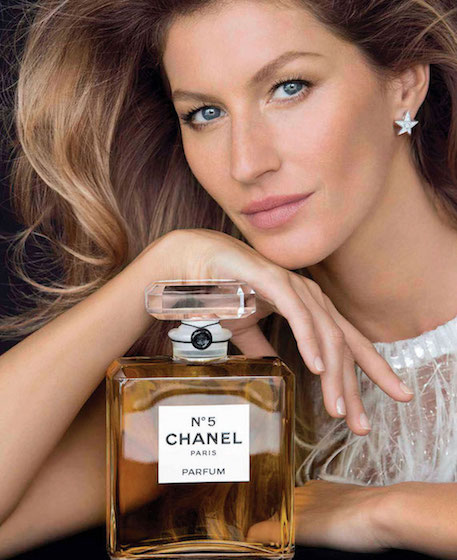 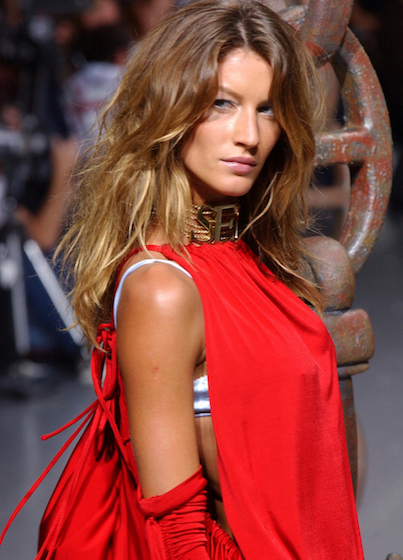 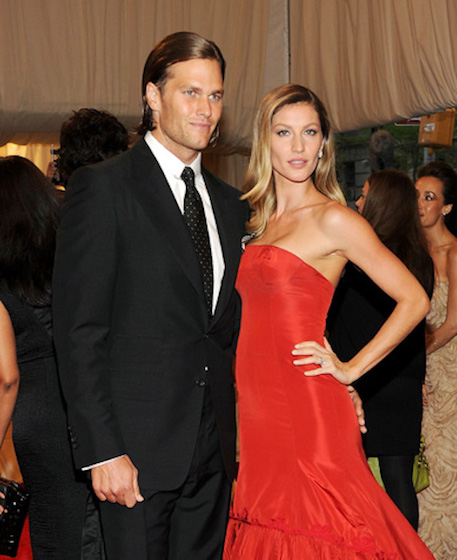 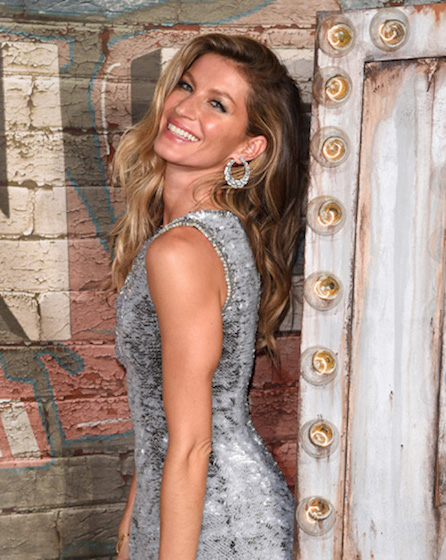 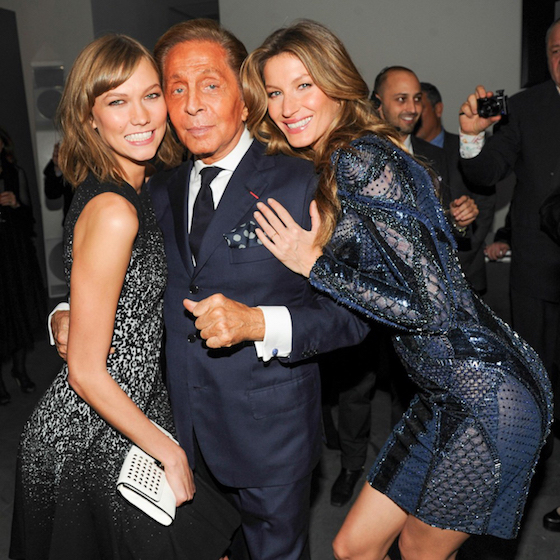 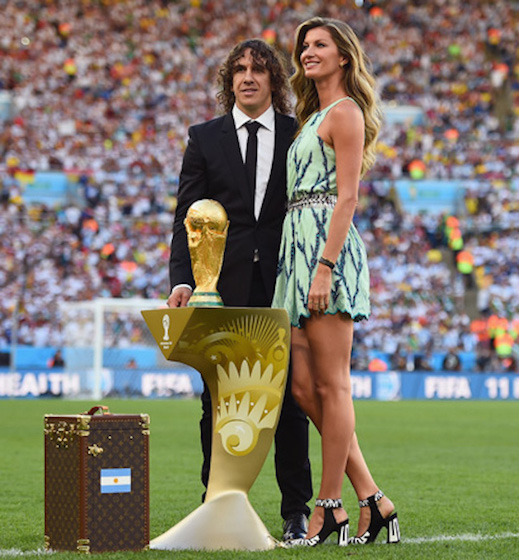 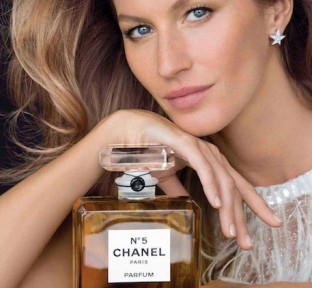 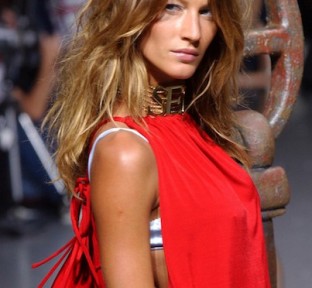 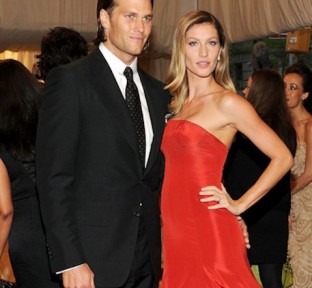 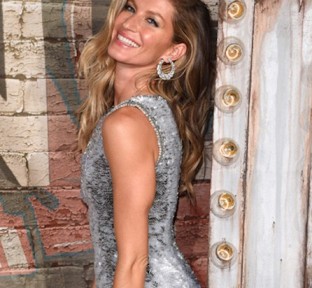 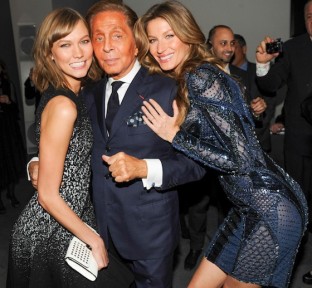 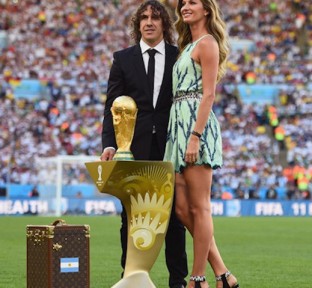 As feminist role models go, Gisele Bündchen, arguably the world’s most famous supermodel, might not be the obvious option. But why not? As the highest-earning model in the world last year (an estimated $45 million), businesswoman (the new face of Chanel No 5, deals with H&M, Pantene, her own line of jelly shoes and lingerie) and mother of three, Bundchen is certainly doing “the juggle” — that peculiarly female dance of work/kids/life that defines most women of a certain age. Of course, Bündchen’s “juggle” is slightly different from yours or mine: it involves nannies, private jets, houses with moats filled with koi carp, yoga on beaches and grinning babies on Instagram.

Still, while it may be glossy, her version of having it all remains valid, especially so for Chanel, which has hired her as the latest face of its No 5 fragrance. The new TV ad, shot by the film director Baz Luhrmann (of Moulin Rouge and The Great Gatsby fame), follows on from his last ad, back in 2004, which starred Nicole Kidman wafting around on the rooftops of New York. This time, it is Michiel Huisman from Game of Thrones doing the wafting about in an impossibly perfect beach house, as he stares longingly at a wetsuit-clad Bündchen, who, it seems, spends her days surfing. We see Bündchen the mother, the working girl, the sportswoman, the lover. While it may not be revolutionary in its message of the multifaceted woman, for a big-brand beauty campaign it’s trying to do something a little different.

“Gisele was the perfect player for this,” says Luhrmann. “It’s really a thinly veiled expression of Gisele. She can have a child, a career, a meaningful relationship. That’s the truth of where the Chanel woman is now.”

And where Bündchen is right now, too. At 34, she is a mother to Vivian, 22 months, and Benjamin, 4, plus stepmother to Jack, 7, her quarterback husband Tom Brady’s child by the actress Bridget Moynahan. With her family life now settled, Bündchen’s empire is expanding: she opened her first Intimates lingerie store last August. No wonder then that the idea of working with Luhrmann and his woman-having-it-all film idea appealed.

“Sometimes I feel that commercials like this can make women feel so distant,” she says in her quick-fire Brazilian-American lilt, her caramel limbs flung across a sofa in Chanel’s fine-jewelry headquarters in Paris (everything is caramel: the hair, the skin, the dress). “They are so glamorous and so unattainable and so aspirational that you can’t really touch them, in a way. They are kind of a dream. The idea really was to show this modern woman and all that she is, with her struggles and her vulnerability. And yes, she is glamorous. Of course she’s glamorous — she is powerful and successful — but she is also struggling. You know she is a mother, a wife and a professional, and she is juggling all of that, and you know that’s not easy. Do you know what I mean?”

Sort of. But however unlikely a poster girl for the working-mom brigade she is, don’t underestimate Bündchen. She is one of six girls; her mother was a bank teller who “always worked” and demonstrated the “importance of being strong”. “The woman is the nucleus of the family, and I feel like it was like that for my mom,” she says. She herself started working at 14, after she was scouted on a school trip. Her big break came when Alexander McQueen cast her, back in 1998. Since then, there have been 11 US Vogue covers, and she has become, alongside only a handful of others, one of the few models to walk the line between high fashion and mainstream tabloid fascination. This is due, in part, to her personal life — her five-year relationship with that well-known modelizer Leonardo DiCaprio, and now her marriage to the all-American football heartthrob Tom Brady. But mainly, one suspects, to her fierce work ethic and drive, now applied to family life, too.

“Being a mother is the most important job. Now there is this little being that needs you for everything. Basically, I do the schedule of my children, so I get their school breaks, and my husband’s schedule of when he plays, because family is my No 1 priority. And once I get that in my calendar, I can work my schedule around that.” Until recently, Vivian and Benjamin often traveled with Bündchen — she breastfed them both for a year and a half. “Now it is tricky, because my son has school, and he doesn’t understand why I can’t take him with me but I can take his sister. It’s challenging. It’s hard to leave your baby. But I try my best.”

Try she does, but on the subject of motherhood Bündchen is something of a hot potato. One particular picture, posted at the end of last year, infuriated the online moms’ community: Bündchen breastfeeding her daughter, Vivian, while having her hair and makeup done for a shoot, with the hashtag #multitasking. “Multitasking would be breastfeeding while cooking dinner, cleaning house, washing dishes etc. I would love for this to be my ‘multitasking’, but not all of us get this kind of luxury,” was typical of the response. Labeled a “sanctimommy” after her comments on breastfeeding (she told Harper’s Bazaar there should be “a worldwide law that mothers should breastfeed their babies for six months”) and pregnancy weight gain (“I think a lot of people get pregnant and decide they can turn into garbage disposals... I was mindful about what I ate, and I gained only 30lb”), it seems that, for some, she represents everything that is annoying about celebrity motherhood. And yet she is all too aware of the artifice that surrounds her life. “We are all trying to juggle all these different parts, and it’s not easy. No matter how much work you put in, no matter how glamorous it looks. We always put the pressure on ourselves. I don’t think it comes from anyone personally. It can seem to someone on the outside that ‘Oh, that’s the perfect life’, but we are all dealing with something,” she says.

And suddenly, she’s off: “We should be allowed to dream and to want more. We want to have more than just to be the pretty woman who sits there. I think that it’s a very empowering thing for me to be able to be successful in my job and not feel like I need to sacrifice being a mother.”

Her advice to other working mothers? “It’s very important to nourish yourself, take care of yourself. You know how they say on the plane you have to put the oxygen mask on first and then put it on your child? So I think it is the same, as a mom, to take care of myself. You can feel a bit guilty — you feel guilty if you do and if you don’t. But if I put my oxygen mask on first, if I’m feeling fulfilled and present and good about myself, then I’m going to be a much more patient, loving, understanding mother and wife. You have to fill your glass so that everyone can drink from it. That’s how I feel.”

She’s right, of course. So, Gisele, would you call yourself a feminist? A pause, then: “I personally believe in equality. Whether you were born a man or a woman, we shouldn’t be viewed differently. And I think, quite frankly, we as women get categorized. Like if you are a woman, then these are the rules to be a woman, and if you are a man, then you are not allowed to express sensitivity. I think it is hard for men and for women. And, in the end, we are all human beings, and we all have a heart, and we all have feelings. I would love to see more equality of he and she. Why should it be different? I am for that, I would say. I am for equality.” Isn’t that feminism? “Hey! I guess,” she says, throws her hands up and laughs.