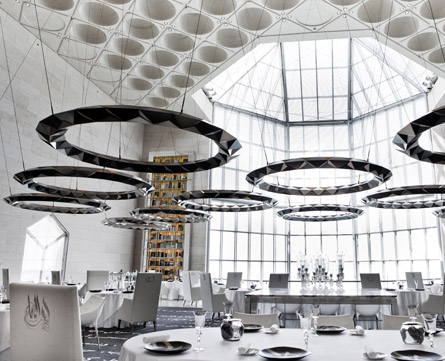 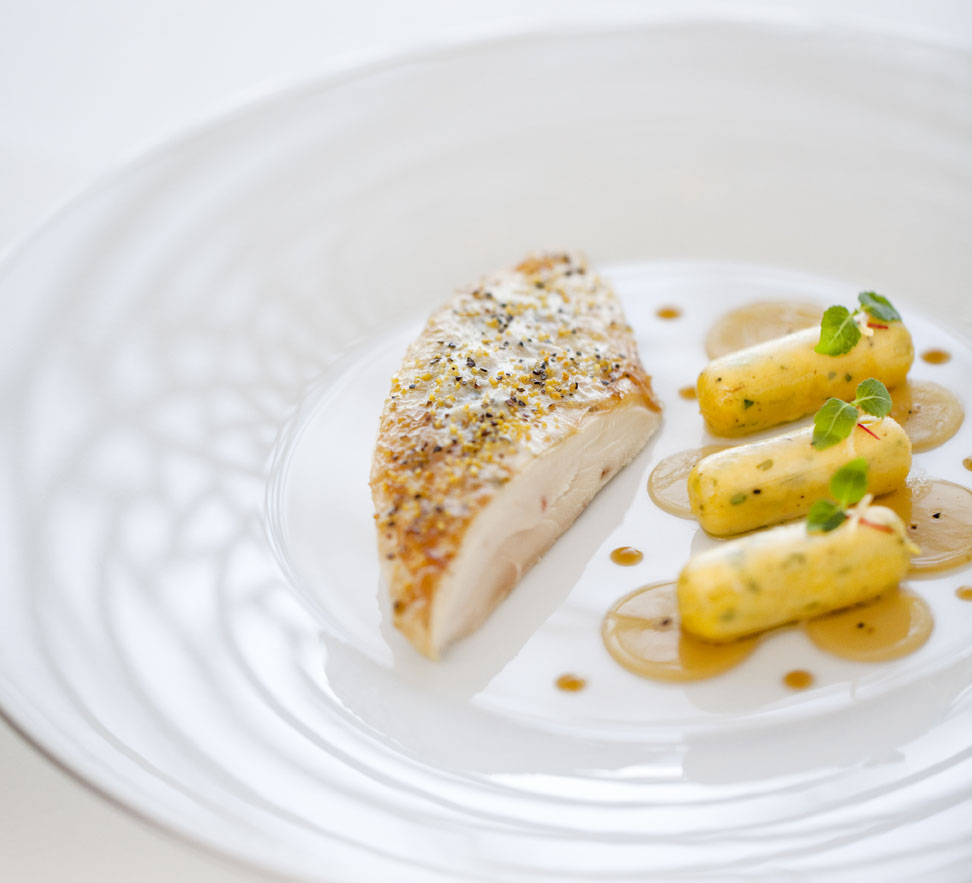 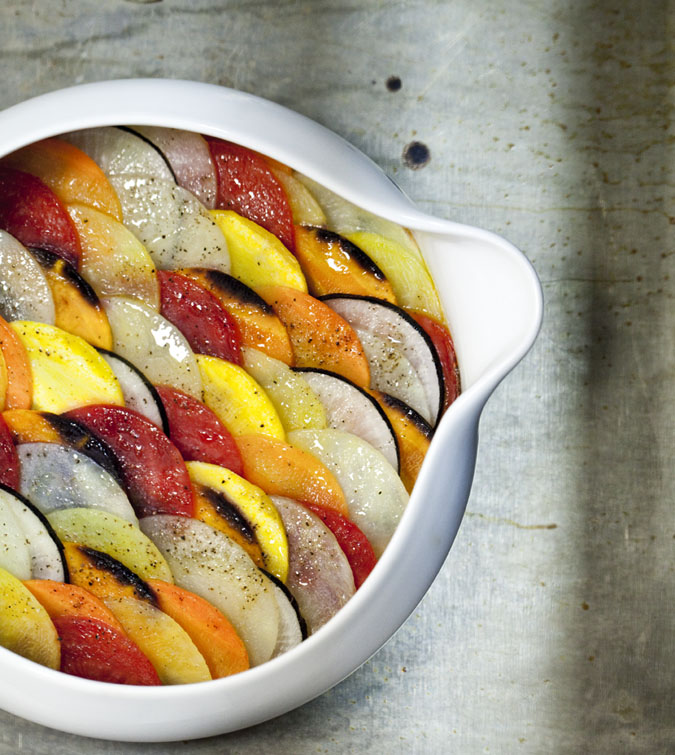 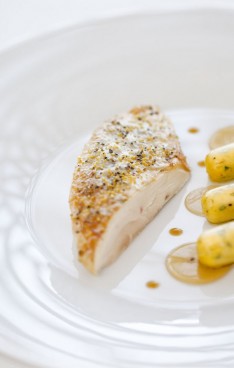 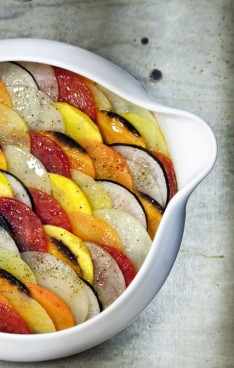 Alain Ducasse is not only one of the world’s most decorated chefs, presiding over three-Michelin star restaurants in Monaco, London and Paris, but also an astute businessman. His latest success story sits atop the Museum of Islamic Art in Doha. Unique in nature and serving incomparable cuisine, IDAM recently celebrated its first anniversary, with Ducasse at the helm of a magnificent gala dinner.

Ducasse is the epitome of success and sophistication in a dark suit and pink silk tie when we meet. Despite being in Doha for the celebratory dinner at IDAM, there are no ‘whites’ in evidence, and one assumes his role is purely supervisory on this occasion. It’s a year since I last met him, when IDAM first opened, and Ducasse tells me he’s pleased with its success to date. “The challenge was to capture the right taste that would seduce the local clientele. We used French techniques and adapted them to local tastes, we are very happy with the results,” he says.

However, it’s still time to ring the changes in the kitchen, and Ducasse introduces me to his new prodigy, Chef Frederic Larquemin; replacing Chef Romain Meder, who after three years at IDAM is returning to Paris. It’s a tough act to follow as Meder worked with Ducasse for a year and a half to develop the menu before IDAM even opened its doors to Doha’s public, traveling extensively to perfect the menu. “Romain traveled to Lebanon, India, Morocco and the States to master the spices and today we have established something which is really unique to this specific place,” states Ducasse proudly. Larquemin is reassuring in response, “I have worked for Alain for ten years,” he tells me. “The staff are looking forward to a different way of learning, they learned so much from Romain and now they will have a new experience with a new chef.”

The menu, consisting of Mediterranean-inspired dishes with an Arabic twist, is set to remain largely the same, with favorites such as the rich and tender camel topped with foie gras remaining. Given this recipe took over two months to perfect, it’s no wonder it’s here to stay. “We will not change the menu, just develop it,” states Ducasse, poetically adding, “this restaurant has a story and it’s already written.”

It’s Ducasse’s personal success story we turn to next; with such success in his wake, selecting his biggest achievement to date isn’t an easy task, and Ducasse is reluctant to look back. “I don’t think too much about what I have achieved in the past. I’m much more geared towards the future,” he tells me. “However, what I’m most proud of is what I have developed in education.” In 1999 he opened a training center in Paris and in 2007 he took over one of France’s largest pastry schools, Ecole Nationale Supérieure de la Pâtisserie in Haute Loire. Aside from this, Ducasse has also partnered with many universities offering high-level culinary courses. “Sharing knowledge is one of the important dimensions of my job,” he says.

Noticeably, while other chefs have floundered over the last few years, closing restaurants and dumbing down plans for expansion, Alain Ducasse Entreprises has thrived. His successful business model is an example to others, having outridden the worst of the global economic downturn. “We also went through some turbulences,” he says. “However, we reacted very quickly and very drastically to adjust our business to this tough environment. Plus we benefited from our global scale: difficulties didn’t happen at the same time in Europe, America and Asia.”

With such a huge business behind the ‘Ducasse’ name, and his lack of ‘whites’ on this auspicious occasion, prompts me to question whether Ducasse regards himself foremost as a businessman, or still a chef at heart? He’s adamant as he answers, “For sure a chef, and not only at heart: cooking is what I do everyday, all the time. But in a particular way, which could be compared to that of an art director more than a chef per se.”

On a lighter note we discuss his three ultimate dinner party guests, a question I’ve always wanted to ask one of the most famous chefs in the world. He answers after some thought, “Auguste Escoffier, because he reinvented the principles of modern French cuisine; Paul Bocuse, because he redefined the role of a contemporary chef; and Alain Chapel, because he taught me that cooking is much more than a recipe.” I guess I’m not surprised that Gordon Ramsay isn’t seated at the table, given the rumored rivalry, but Ducasse is quick to dismiss the notion. “There’s an urban legend about the supposed rivalry among chefs! The reality is very different. We are closely interrelated, we meet very frequently and we share a lot,” he says.

With Ducasse’s achievements to date it would seem there’s nothing more for France’s most famous chef to achieve, but that’s where you’d be wrong. “I feel like I’m just starting my career!” he exclaims. “Since we’ve been talking about my passion for sharing knowledge, I will give you an example of my projects in this area. I’m about to launch a website where subscribers will find top-level information on all culinary topics. Tens of chefs will contribute; we will have videos to explain everything in detail and the site will be multilingual,” he says enthusiastically.

At 57, Ducasse retains an unequivocal desire to educate and inspire others in the wonders of gastronomy, and it’s evident that he still has so much more to bring to the table. Despite his ambitious plans to bring culinary expertise to homes across the globe through his new website, he’s adamant that he’ll never lose site of his ultimate passion. “This does not distract me from my priority: offering all my guests, every day, the best possible experience in my restaurants.”