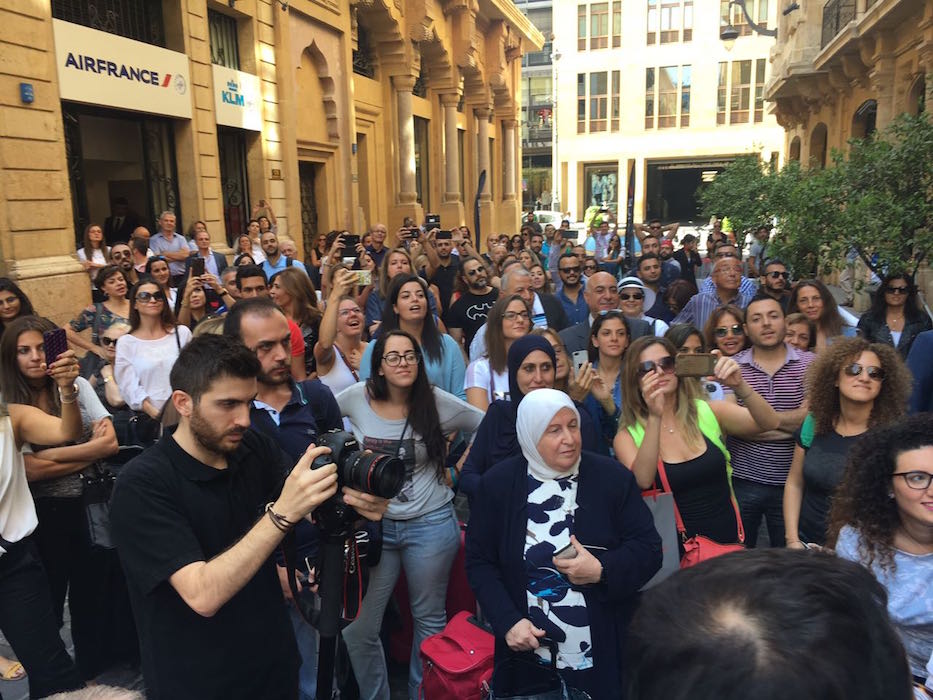 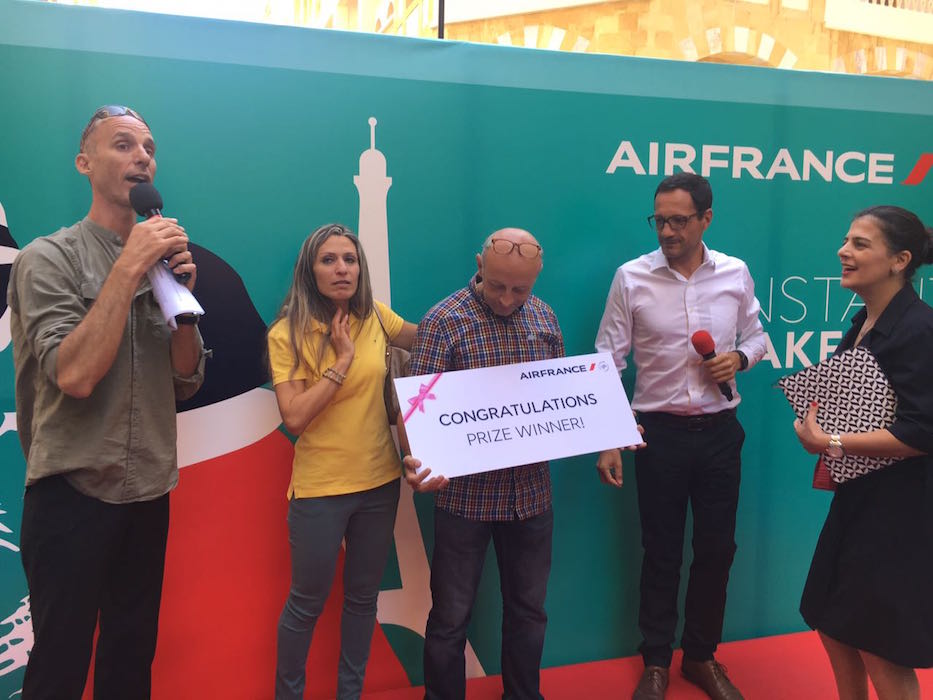 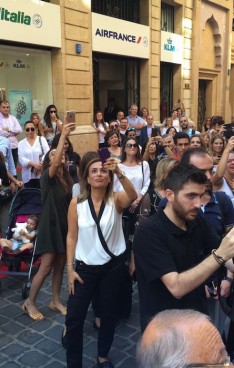 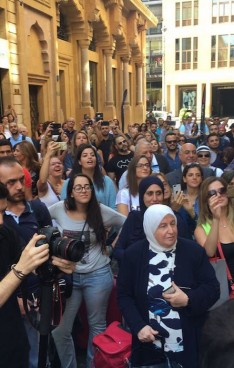 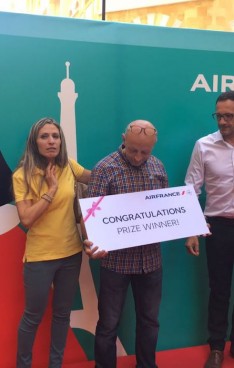 To celebrate the first anniversary of its new “Best” cabins to Beirut, Air France created on a buzz by introducing a new and innovative interaction with its clients, the “Instant Takeoff”. Air France Beirut held its first ever Instant Takeoff event to Paris on the street in front of its Beirut office where more than 200 enthusiastic participants joined the live draw animated by famous radio personality Tanguy. Participants and a travel companion had registered online prior to the event and were required to pack their bags and bring along their passports and valid visa for a possible instant take-off. The lucky winners Antoine Ghaoui and his wife Dolly Wakim won a free trip to Paris, and flew that same day on board Air France’s new cabin. They enjoyed three nights of hotel accommodation offered by a luxury collection hotel, in addition to two nights offered by a well-known attraction park in Paris; free transfer, prepaid cards and shopping vouchers were among the many other prizes offered by Air France partners.