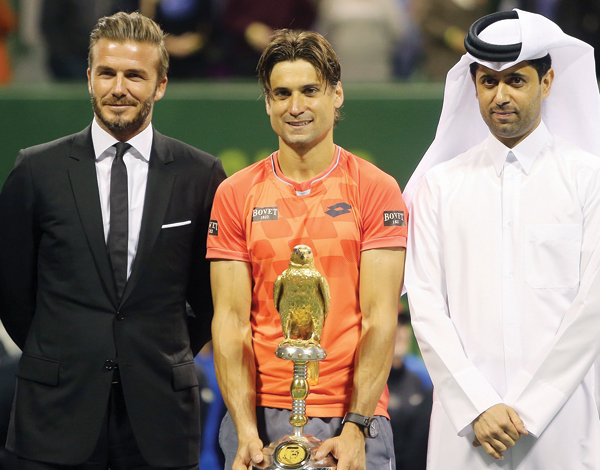 Sports enthusiasts flocked to the Khalifa International Tennis and Squash Complex for the Qatar ExxonMobil Open 2015. The event, which takes place over five days and is organized by the Qatar Tennis Federation, is one of the major highlights on the Qatar sports calendar and the international tennis circuit, attracting some of the best players in the world to compete in Doha. Spain’s David Ferrer beat third seed Tomas Berdych of the Czech Republic in straight sets to win the $1.2m Qatar ExxonMobil Open. Ferrer completed a convincing 6-4, 7-5 win in 1 hour and 29 minutes, marking his 22nd career title win. The Spaniard was awarded the winner’s trophy by retired English football captain David Beckham, in addition to receiving the top prize of $195,000 and 250 ranking points while Berdych took home 150 ranking points and $102,675.