QAR15 Million Raised in London Auction by ‘1 in 11' Campaign 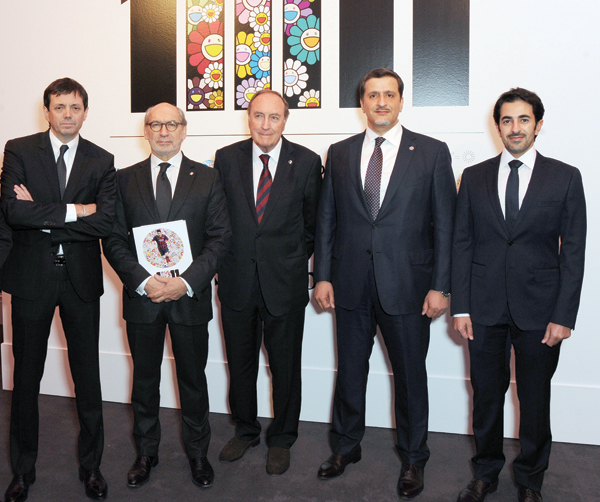 A major fundraising auction held at Sotheby’s London saw QAR15 million raised in support of ‘1 in 11’, a worldwide campaign launched by FC Barcelona Foundation, Reach Out To Asia (ROTA) and UNICEF to extend educational opportunities to children in Bangladesh, Indonesia and Nepal, with the goal of expanding to more countries. The auction featured works from 18 renowned artists, including Qatari artist Yousef Ahmad, whose untitled painting alone raised QAR125,000. Other artists that contributed their time, talent and works in support of the campaign included Takashi Murakami, Damien Hirst, Jeff Koons, Richard Serra and Luc Tuymans, as well as Middle Eastern artists Etel Adnan, Shirin Neshat, eL Seed and Wael Shawky. ROTA Executive Director Essa Al Mannai said: “We are overjoyed with the amount of money raised at the auction for the ‘1 in 11’ campaign, which has raised much needed funds to help to ensure children reach their full potential. Currently, 1 in 11 children across the world are out of school and not getting the start in life they are entitled to, and the money raised through this campaign will enable the ‘1 in 11’ partnership to work towards achieving the highest level of impact in the lives of children who are currently out of school.”