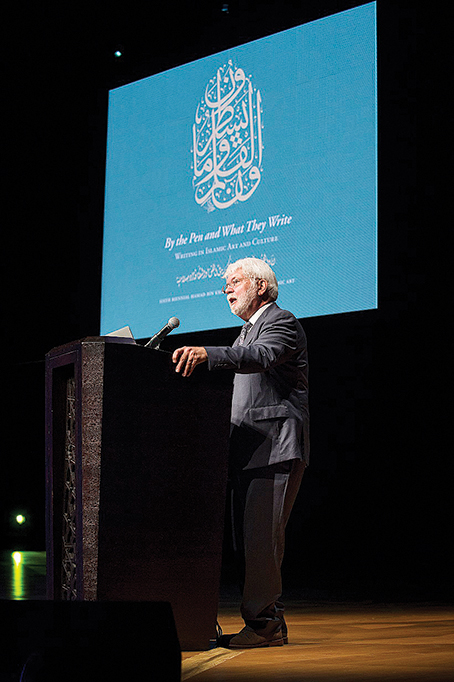 Scholars from around the world explored the role of writing in Islamic art and culture during the Sixth Biennial Hamad bin Khalifa Symposium on Islamic Art. This year’s symposium, titled “By the Pen and What They Write: Writing in Islamic Art and Culture,” featured 12 speakers, all of whom are leading scholars in the art world. Speakers discussed some of the earliest Arabic scripts that were found on rocks in the desert prior to Islam and the importance of paper to facilitate the spreading of the Quran’s message.