George Clooney: A World Beyond 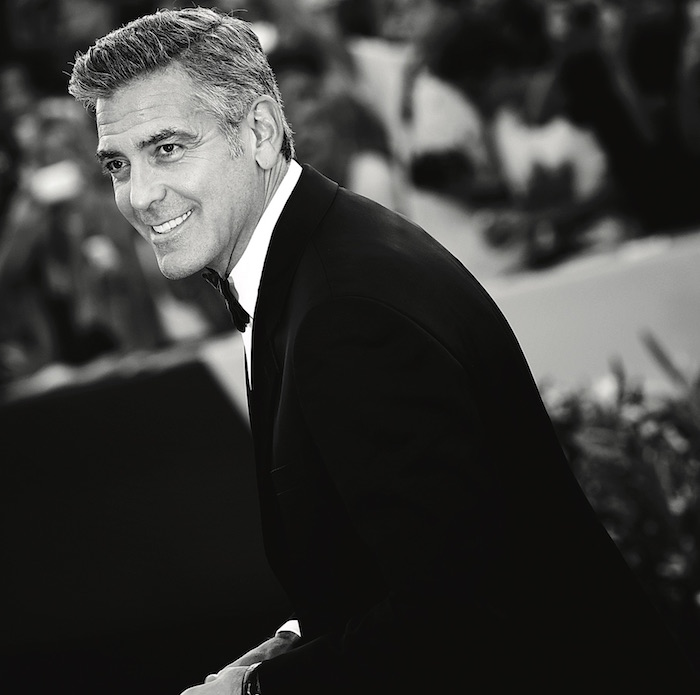 Hollywood actor and producer George Clooney plays the role of a genius in his latest movie, Disney’s Tomorrowland. In this interview, Clooney opens up about his latest projects, his views on the world, as well as the best and worst part of being a celebrity.
Clooney, who married Lebanese-British human rights lawyer Amal Alamuddin, says he’s in a great place in his life right now, and he’s loving it!

George, in your new movie “Tomorrowland” you play a genius. Was that easy for you?
That’s a tricky question, right (laughs)? I play a former genius who has gotten really bitter in old age. When they offered me the part the description of the character was a 55-year-old has been. It looks like I am moving into a new chapter in my movie career.

Well, it’s probably safe to say that you are not a ‘has been’. Are you excited to be in a Disney film?
I am! I think for Disney to put me in a summer movie is very bold. But I loved the idea that this was not another sequel or another superhero film. It’s original, and it’s very heartwarming.

You are very involved in the real world with all your humanitarian work. Do you like the idea of escaping reality once in a while?
It’s true, we live in a world right now where you turn on your television set and it’s rough out there and it’s not fun, and can really wear on you after a period of time. We see generations now feeling as if it’s sort of hopeless in a way. Everybody needs to escape that once in a while.

Do you believe that a single voice can make a difference in shaping our future?
I happen to believe in it so I love the theme of the idea that there’s still so much that we can all do to make things better. What I love about it is it sort of speaks to the idea that your future is not preordained and predestined, and that if you’re involved, a single voice can make a difference and I do believe in that.

Does the grumpy cynic reflect your struggle, and do you relate to that in the context of this movie?
I actually grew up during the Cold War period and I always found that although we always thought that the world would end in a nuclear holocaust at some point, everybody was pretty hopeful.

What else do you remember about growing up?
There were an awful lot of things going on that you felt you could change. I grew up in an era where the voice, the power of the one really did feel as if it mattered.

Do you feel things have really changed since you grew up?
We had obviously the riots that are reminiscent of the things we’re looking at today but we had the Civil Rights Movement and we had Vietnam and we had the women’s rights movements, and all those things that you felt you could actually have some part of changing. And actually if you look at the things that changed in the ‘60s and early ‘70s, individual voices did make a huge difference.

Are you still hopeful today?
I didn’t ever have that great disappointment in mankind. I always felt like it’s going to work out in the end and I still feel that way. So what I loved about the film was that it reminds you that young people don’t wake up, they’re not born and start out their lives cynical or angry or bigoted. You have to be taught all of those things.

You get to fly with a jetpack on your back in this film. Maybe your fans can visit you soon by flying over your house with one of those on their backs?
I’m not too thrilled with the idea of people in jetpacks flying over my house. (He makes a swatting motion.) “Heyyyy. Heyyy.”

Would you like to know your future?
That’s a tricky question. We’ve all asked ourselves that before, I am sure. You know, I think I am okay with not knowing. I wouldn't want to live every day knowing what will happen at some point in the future. That sounds too nerve-wrecking to me.

What would it take to make this world better?
You end up participating in whatever way you can. I think there’s a funny thing about careers in a strange way which is as you’re working, you find that as time goes on and as you become more comfortable in your career path and things are starting to make sense and it’s not just about trying to work, you’re able to focus on other things and other people, particularly in this line of work where there’s a lot of attention focused on you that you don’t really need.

Are you saying that Hollywood is not the focus of your life anymore?
You try to just turn that focus and put it on places. I have places obviously that matter to me like in sub-Saharan Africa and places that matter. I’ve been involved in lots of those things and there’s an awful lot that we all have to do to participate and we try to as much as possible. We’re not policymakers, so what we really need to do is try to shine a light on people who really don’t get light shone upon them.

Do you feel that being a celebrity helps you to shine a light on problems in this world that otherwise would not get any attention?
Yes, I do feel that way. That’s one of the best parts of being a celebrity. You use whatever you have, whatever cache you have as a celebrity to be a mirror of those sorts of things and try to cast a light.

And the worst part of being a celebrity?
Well, let me answer this. There was a scene planned in this movie where paparazzi-robots attacked me and my house. That kind of tells the tale right there. I could do without a certain kind of attention, and still be a very happy man.

George and Amal Clooney at the 2015 Met Gala

Clooney receives the Cecil B. DeMille Award at the 2015 Golden Globes

Speaking of happy, you seem extremely relaxed and in a good place since you married Amal…
I am in a great place. She is a wonderful woman.

And she seems to be able to handle the attention surrounding you?
My wife is very established in her profession. Her business is very serious. I think she can handle our pretend land.

Your wife has been praised for her impeccable sense of style. What’s her secret?
Well, she’s a beautiful woman. That’s no secret. She just shows up that way. There is no stylist or anything like that. I think she just has very good taste.

What’s up with this rumor that you are actually quite a good rapper?
My rapping skills are well known. In fact, many of the great rappers today have fashioned their stylings from me. I was 18 when the Sugar Hill Gang hit the scene, so it’s funny because you’re literally at the actual oldest age of anybody that knows those songs. But I do still sing them every once in a while to entertain the troops when they think it’s really getting – they think oh gosh, we’re in the water, it’s cold, we’re shooting 14 hours, we’ve been out all night, it’s terrible, what could be worse? And then I rap.