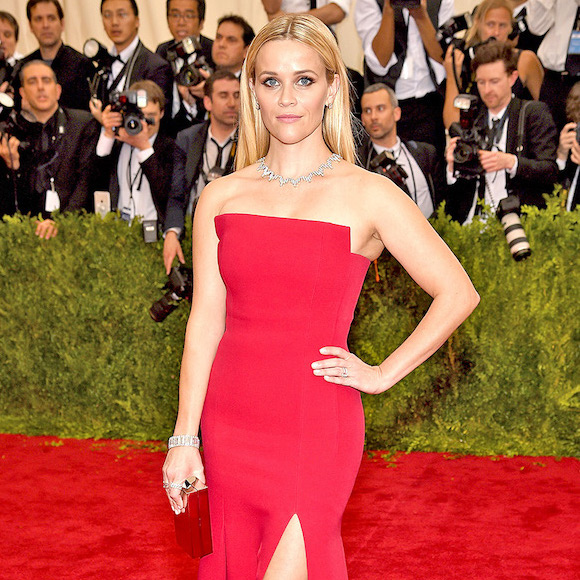 Oscar winner Reese Witherspoon (“Walk the Line”) has the kind of clout that can get a Hollywood studio to foot the bill to fly in film reporters from around the country here to Music City to speak to her about “The Good Lie” an eye-opening drama about four Sudanese refugees who emigrate from their war-torn country to America and have to adapt to their new life with the help of a good-hearted employment agency counselor (Witherspoon), a woman displaced in her own way.

The blond, blue-eyed actress, who was born in New Orleans and grew up in Nashville, greets the assembled journalists with a hearty Tennessee welcome, offering sincere thanks for trekking to a city better known for country music than movie premieres.

Witherspoon’s involvement in the film is strategic. In a marketplace cluttered with superhero-driven and special effects movies, a little marquee name recognition is necessary to draw attention to a film whose grim, real life subject matter may not otherwise attract moviegoers.

The real stars of the film are three relatively unknown actors of African heritage (Arnold Oceng, a British-born actor of Ugandan ancestry and Sudanese actors Ger Duany and Emmanuel Jal) who play the grown up versions of south Sudanese children who survive a bloody attack on their village by armed rebels, and make a dangerous trek out of their war-torn country to a refugee camp, only to be separated from their female friend when they arrive in the U.S. 13 years later.

Safe but psychologically wounded, the men go through survivor’s guilt and struggle to adjust to living in Kansas City, Missouri. Witherspoon’s Carrie is a woman who has kept herself from emotional entanglements, but finds herself getting involved not only in helping the refugees find a job, but enlisting her boss’ (“The Strain’s” Corey Stoll) help to cut through the red tape of the immigration authorities to reunite them with their friend, who has been resettled elsewhere. The title refers to a lie that is told for a good reason.

The 38-year-old star of “Election” and the “Legally Blonde” movies admits she knew little about the so-called “Lost Boys” of south Sudan, a generation orphaned by a brutal civil war, when she started out. Witherspoon was compelled, though, to get involved when she read Margaret Nagle’s screenplay, which is inspired by many refugees’ actual stories. The actress even took her teenage daughter, Ava, to witness the challenges still facing hundreds of thousands of displaced people at the Kakuma Refugee Camp in Kenya.

A spunky brunette for the film, Witherspoon is back to her natural blond look as she discusses taking on the supporting role, visiting the refugee camp and getting back to work after giving birth to her son (aptly named Tennessee) with second husband Jim Toth, a talent agent.

Q: You initially were hesitant to take on this role. Why?

Witherspoon: I’d just had a baby. That’s the reason why I didn’t know if I wanted to make the movie. I was still nursing and taking care of him. But then I read the script, and I was like, “Oh my gosh! I have to do this. How am I going to do this?” You know how your brain gets confused right after you have a baby? I was really confused. It’s always nice to sort of depart from yourself. I was sort of covering all my post-baby weight, too.

Q: What was it like to premiere your film here in Nashville where you grew up?

Witherspoon: I’m so glad to be here and represent Tennessee. This theater (The Belcourt theater) brings back so many memories for me that I was getting emotional when I got there. I’ve seen so many films here with my family. It’s just such a great thing to have a premiere in Nashville, and to have any of my movies in Nashville.

Q: You’ve got this movie, and you reunite with your “Walk the Line” co-star Joaquin Phoenix in “Inherent Vice” and the walkabout drama “Wild” coming out soon. Was it intentional to have all these movies out within a short span of time?

Witherspoon: No, it wasn’t planned. For a few years, I was a little bit lost as an artist, not being able to find what I wanted to do. I wasn’t making choices I was ultimately very happy with. What kind of started this whole string of things was just getting back to wanting to playing interesting, dynamic female characters. I made these movies, and now they all seem to be coming out within three months of each other. I’m in a little bit of a traffic jam right now. Hopefully, audiences will be able to see all of them, and see them for their different qualities.

Q: “The Good Lie” is a surprising film, told with humor and compassion. What struck you about the story?

Witherspoon: I read Margaret Nagle’s script, and I was just so moved. I remember when I met (Philippe Falardeau, the director), the first thing he said to me was, “This movie isn’t about you; I just want to be really clear about that.” I’ve never had a director say that to me before, but it made me happy, because I didn’t want to make a movie where it was just a white girl, an American girl, coming to save African people.

Q: What about the movie spoke to you and made you want to do it?

Witherspoon: Margaret did such an incredible job. You could tell that there was so much research involved, because when I started watching documentaries, it was completely accurate. There are so many times when you don’t appreciate your life, until you see someone else’s perspective on our privileges and the opportunities that we have, whether it’s education, or health care, or just food and running water.

Q: These refugees nearly died of starvation and dehydration on their escape, so when they arrive in the U.S., they’re overwhelmed by things we take for granted, like indoor plumbing.

Witherspoon: I just thought it was a great message for families. It’s really great to take your kids to this movie. It brings up a lot of integral conversations that we should all be having. I’ll take my kids to see it.

Q: What did you learn from your co-stars?

Witherspoon: A lot of the things that I learned were from talking to Emmanuel to Ger. Sometimes we’d be doing scenes and I’d say, “Well, did that really happen?” and Ger would tell us about being a young boy, and walking all that way (to a refugee camp), and what it was like. It’s hard to even conceive. At the very end of the film, we got to go to the Kakuma Refugee Camp in Kenya after production ended in Atlanta to witness the challenges of the hundreds of thousands of war refugees in person. I didn’t want to just do the part in Atlanta and be done, and go home to my life.

Q: What did you hope to get out of that trip?

Witherspoon: I really wanted to see what the experience was like, so I took my teenage daughter, and we went. It was really very emotional, seeing over 250,000 people displaced. They were sleeping on concrete slabs and seeing just the sprawl of that many people living together was eye-opening. There were 12 different languages being spoken, seven different kinds of religions. There was very little health care, very little food. It just really brought it all home to me: this is an opportunity to raise awareness, but it’s also an opportunity to create change. I was talking to (evangelical Christian pastor and author) Rick Warren, and he said, “Sometimes we assume because people are poor that they’re not intelligent, that they don’t have anything to offer to society, but these are people who were at the top of their field. They’re doctors. They’re educators. They’re community leaders, and they’ve essentially been displaced.” So, it’s been really educational for me to learn about refugees, and their contribution to society, and how we can, hopefully, lift more of them up out of those situations.

Q: What was your daughter’s reaction to being in the refugee camp? How did it help her perspective on the world and why was it important for you to take her there?

Witherspoon: She’s a wonderful, socially conscious girl, but even if you read a million books on a situation, you don’t understand it until you see it yourself. I was very lucky that they organized for her to be there, because she is a little young to be off on these trips. She didn’t say a word the whole day, and then she didn’t talk about it until a couple of days later. We saw women giving birth on metal tables, with their infants sitting there with no clothes on. We saw kids that were sick, and babies, like her brother’s age, sitting on concrete slabs and sleeping with seven other brothers and sisters. But the remarkable thing was the joy and determination of these people to have a better life for their children. Their spirit was incredible. They greet you with smiles, laughter and dancing. I think it’s definitely going to affect Ava for a long time, as it did me. It was incredible to be there with Ger and his family. So many of his family members are there at that very camp.

Q: What do you want audiences to take away from this film?

Witherspoon: One thing that is so great about this story is that you don’t have to be a perfect person to do something great for somebody else. The imperfections in your life might be helped in the process of meeting and helping and creating community for people who are displaced. It’s not just for the saints of the world. We can all make a difference.